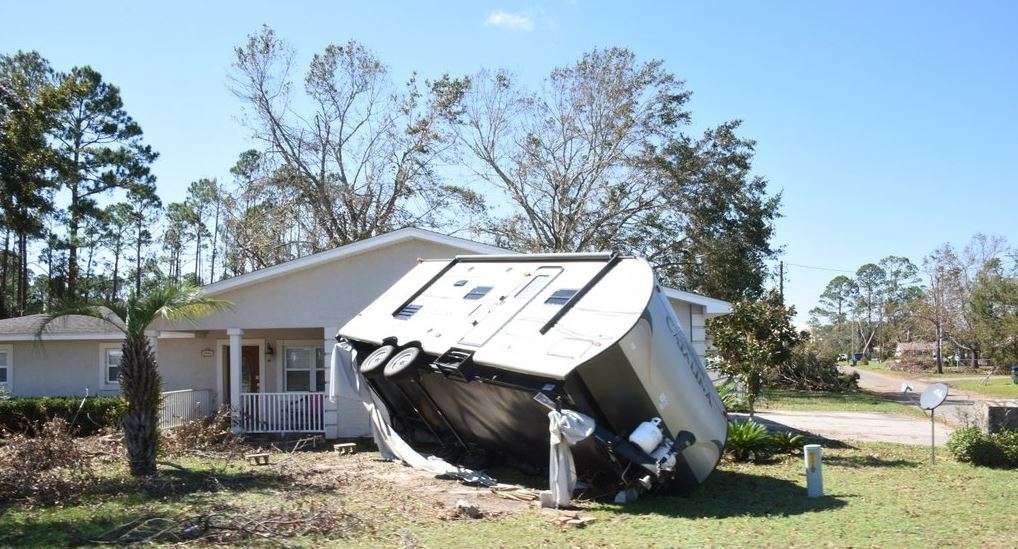 With houses flattened in Mexico Beach from the storm surge and 155 mile an hour winds of Hurricane Michael, and cellphone towers, power lines and roads destroyed, recovery and rebuilding will be a long slow process.

Search and rescue teams completed their work this week, but first responders from across the state remain in the Panhandle.

A caravan of first responders arrived back in Orlando friday after being deployed to the Panhandle. More than 140 first responders from across Central Florida were sent to assist with hurricane relief.

Michael Wajda with Orange County Fire Rescue tells Intersection he thinks many of  them will go back after a break.

“A lot of these folks have slept in their vehicles, slept on the ground beside devastated fire stations,” says Wajda.

“We’re gonna let them get back to some normal life. They’re gonna have their first hot shower in a couple weeks. And yeah, I think a lot of them would love to come back and continue the mission.”

Hurricane Michael is blamed for 26 deaths in Florida. The Florida Office of Insurance Regulation says the hurricane has caused more than $835 million dollars in losses so far.