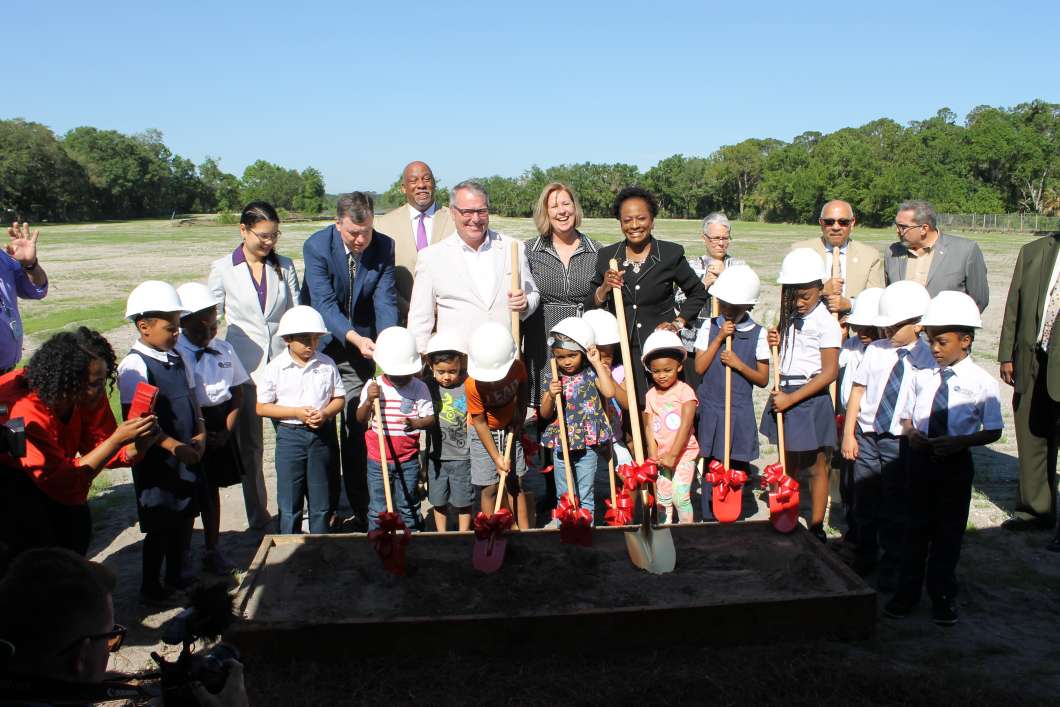 Shannon Nazworth is joined by Mayor Buddy Dyer and others at the groundbreaking of Village on Mercy. Photo: Matthew Peddie, WMFE

Affordable housing is in short supply in Central Florida. According to the Orlando Sentinel, 8,000 people inquired about apartments at a new 201 unit affordable housing complex near Camping World Stadium.

The city broke ground last month on another multi family housing project called Village on Mercy which will provide 166 homes in West Orlando.

“Orlando is really very unique in the focus and the ability to collaborate across sectors to make things happen and create housing solutions like this,” says Shannon Nazworth, CEO of the non profit Ability Housing which is building the complex.

“If we can give people a stable place to live where they know their family is safe and secure, we will really see changes across the community,” says Nazworth.

Government policies can also play a role in affordable housing.

“If we were to change some of those policies, the market will produce more affordable housing,” says 90.7 economic analyst Hank Fishkind.

“The impact fees are the easiest change and would have the most effect in the short run,” says Fishkind. “We could do it in certain areas where we wanted to encourage more affordable housing.”