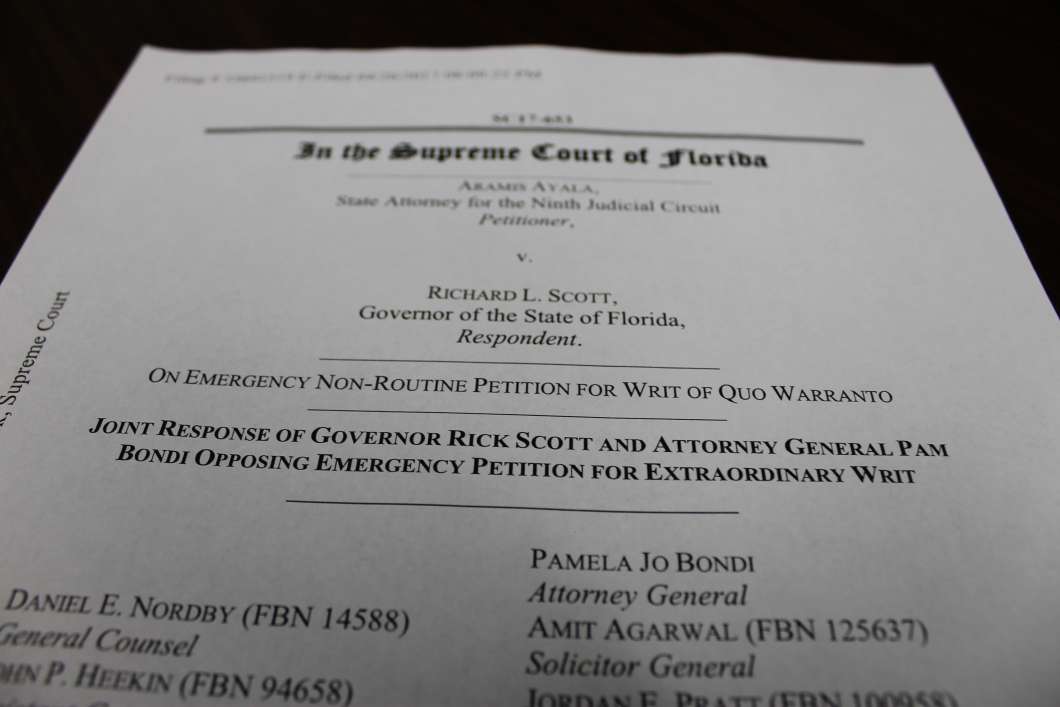 Aramis Ayala filed a lawsuit against Gov. Rick Scott after he reassigned cases from her office.

The tug-of-war over the death penalty will land in the Florida Supreme Court tomorrow. When the Orange and Osceola County State Attorney Araymis Ayala announced she would not seek the death penalty, Gov. Rick Scott took her death penalty cases away. Now she wants them back.

Ayala’s office is also facing a budget cut of more than $1 million.

“We thought that if she’s not going to do part of her job, basically, that we would withhold some of that money pending on what the governor does and so forth,” Rep. Scott Plakon (R), who sits on the House Judicial Appropriations Subcommittee, told 90.7 in March.

Joining Intersection to talk about what’s at stake, and the political fallout, are 90.7’s Renata Sago, and Trimmel Gomes who hosts the Rotunda Podcast from Tallahassee.