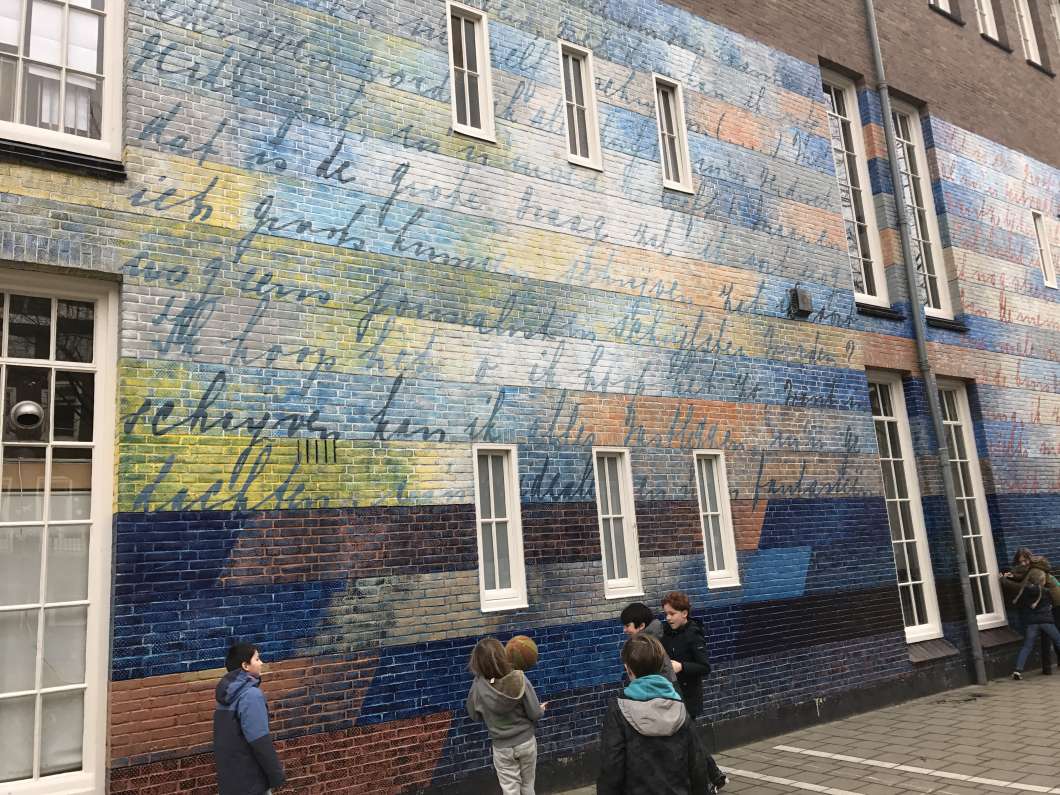 The school Anne Frank attended in Amsterdam from 1934 to 1941. Photo: James McLaughlin

The legacy of Anne Frank lives on today at schools around the world which bear her name. Rollins College professor James McLaughlin is embarking on a research project about how her image and meaning are kept alive at these schools.

“Her diary is one of the most published manuscripts in the world. Perhaps Harry Potter would only rival it. And the Bible,” says McLaughlin, who is the Richard James Mertz Chair of Education at Rollins.

McLaughlin began leading groups of students from Rollins College to the Netherlands, to compare how immigrants are educated in the Netherlands and the US. When he was there, McLaughlin says he was struck by the impression his students took away from visiting the Anne Frank house.

“I decided that I would ask my colleagues at the Anne Frank House: what do we know about what goes on at these Anne Frank schools, how do they live their name?” he says.