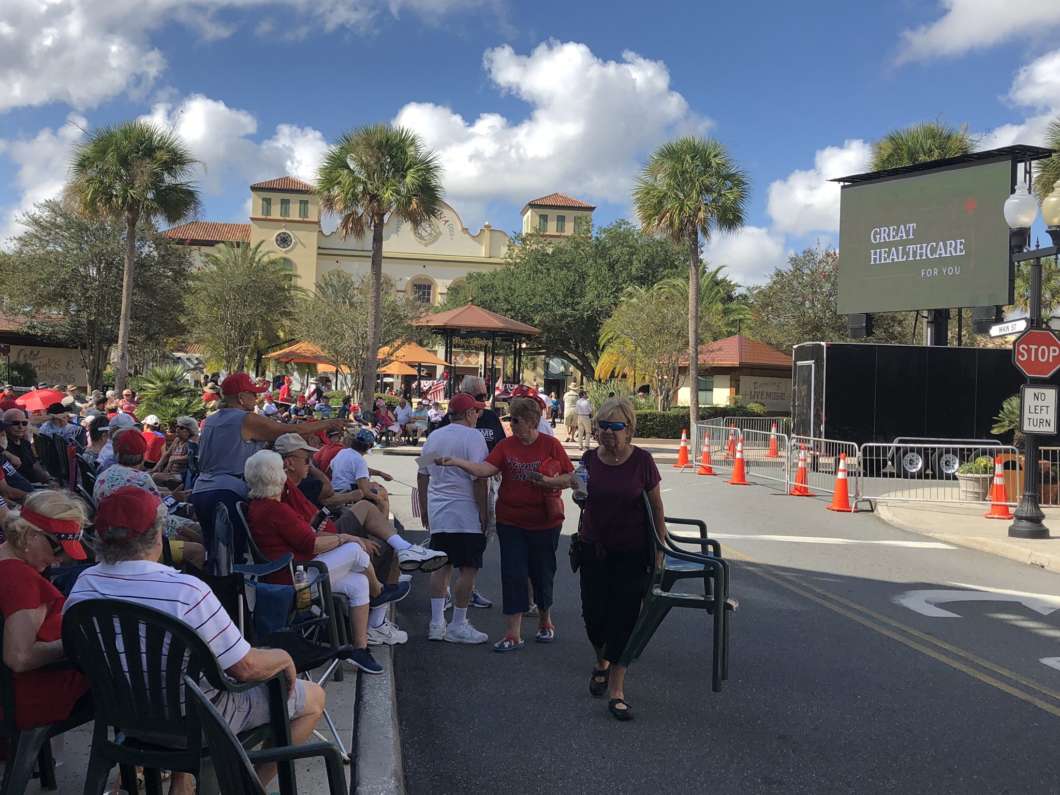 President Trump is coming to the Villages to talk Medicare.

The visit had been planned for August but was postponed after mass shootings in El Paso, Texas and Dayton, Ohio.

Trump is expected to tout the quality of Medicare under his administration. But his appearance comes as House Democrats move forward with an impeachment inquiry after a whistleblower’s complaint detailing allegations that the president asked Ukraine to help investigate Joe Biden.

Our reporters Abe Aboraya and Talia Blake are in the Villages today talking to residents and awaiting the president’s appearance. We’ll check in with Abe and Talia about what they’re hearing from residents on medicare, what they want to hear from the president, and what they think about the impeachment inquiry.