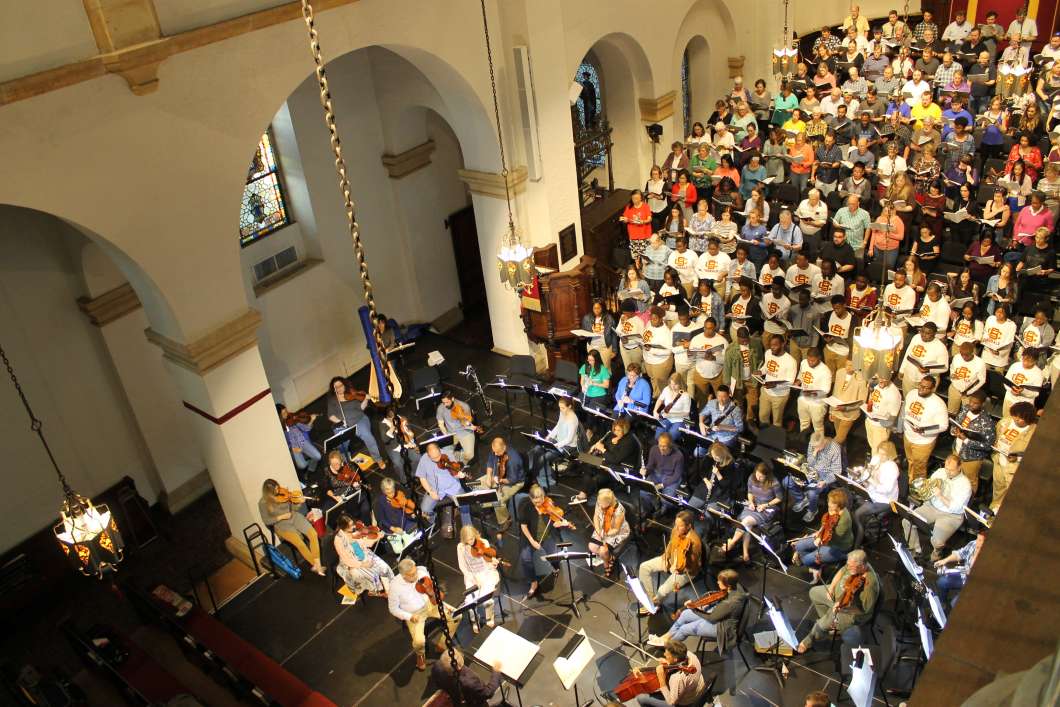 Intersection checks in with the choirs as they rehearse Nathaniel Dett’s The Ordering of Moses, William L Dawson’s Negro Folk Symphony and William Grant Still’s And They Lynched Him On A Tree.

Terrance Lane, director of the BCU concert chorale, says it’s the first time his choir has performed with the Bach Festival Society.

‘It’s because of a shared professor, Curtis Rayam is an adjunct professor [at Rollins] and a full time professor at Bethune Cookman, he’s the chair of the vocal division,” says Lane.

“Something special about the concert chorale is that we’re known for being ambassadors of goodwill,” he adds.

He says BCU founder Mary McLeod Bethune used the chorale to raise funds for the university.

“The chorale continues to raise funds and to be a good demonstration of the type of students that we have at Bethune Cookman University,” says Lane.

Bass Baritone Kevin Deas is the narrator for William Grant Still’s And They Lynched Him On A Tree.

“I’m really kind of working out the theatricality of those narrations,” says Deas.

He says it’s important to bring the work of these composers to a wider audience.

“I think there’s still a general reluctance in America to embrace African-American composers, and I hope this is a sign that that’s changing,” says Deas.

Mezzo soprano Krysty Swann will also join the two choirs. In preparing to sing the part of the mother of the man who is lynched in William Grant Still’s work, she reflected on her own family’s history.

“Unfortunately I have a personal experience with my family, where my grandfather migrated from Alabama,” says Swann.

“If you track back I think you can find people who have unfortunate experiences like this, so I thought it was important for me to do my part, to get as much information and try to get into the role as much as I can,” says Swann.

“Hopefully I can get to that place where I can just be washed over by the beauty of the music.”