Intersection: A First Time Voter Prepares To Cast His Ballot 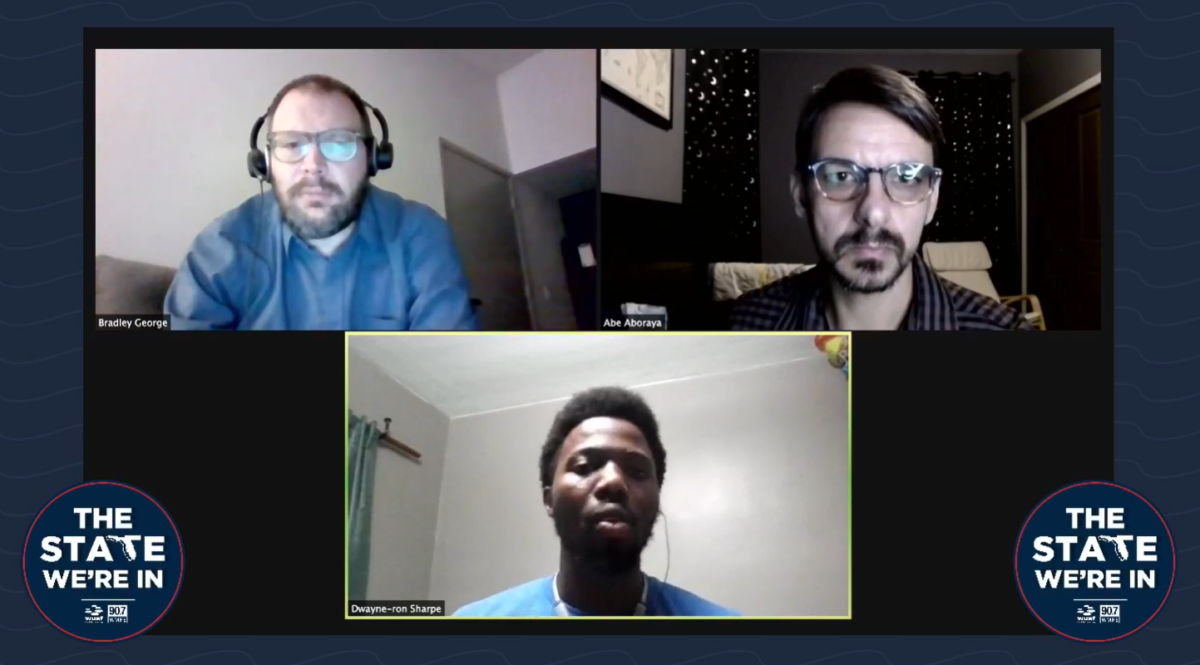 Early voting started in Florida this week- and there have been long lines outside polling places as people wait to cast their ballots in this year’s presidential election.

Already, turnout is high and mail in ballot numbers are up too. The election falls as the country faces twin crises:  an ongoing pandemic and an economic recession. As a backdrop to those threats is the spectre of civil unrest and political instability.

This week on our Facebook live show- the state we’re in– we delved into some of the issues facing voters this election season.

On this episode of Intersection we listen back to part of the show. Host Bradley George talks with a first time voter, Dwayne-ron Sharpe, about what’s on his mind and questions he has heading into this election.