Intersection: 46 Years Behind The Camera With Red Huber 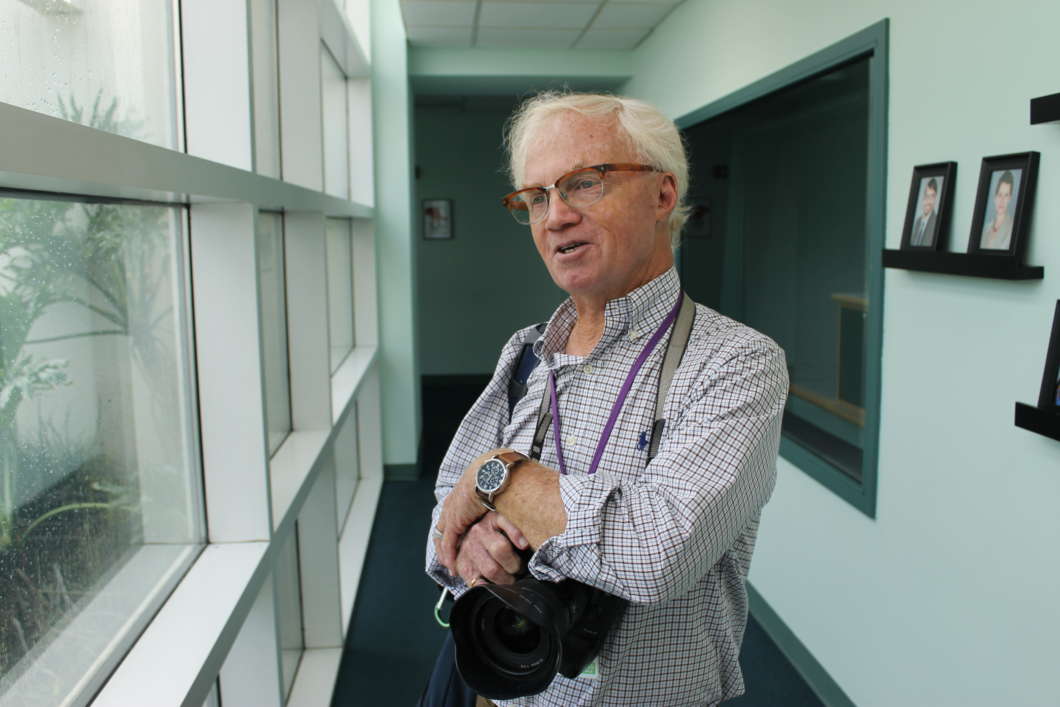 For 46 years the Orlando Sentinel has carried photos by Red Huber. Now the veteran visual journalist is retiring- this is his last week at the Sentinel.

Huber reflects on a career documenting Central Florida, from the shuttle program to the Pulse nightclub shooting, and through all of it, the importance of connecting with the community and telling the stories that need to be told.

“I think you have to have that compassion, to be respectful,” says Huber about taking  photos of people in their most vulnerable moments.

One of the toughest assignments: photographing Pulse.

“And usually as a journalist, you can’t let something rock you.”

When Huber joined the Sentinel in 1972, there were 17 people in the photography department, and they were shooting in mainly black and white film.

Some of his most iconic photos depict the shuttle program. One photo in particular is important to Huber: a rainbow arcing low over the horizon with the shuttle at one end. Huber took the photo in 1998, just after his mother had passed away.

NASA sent the photo to the astronauts on the space station, says Huber.

“And the next day, they woke up, and it was somewhere over the rainbow.”

“That photo was very, very dear to my heart, because I was very uncomfortable about covering the launch, because my mom had passed away,” he says.

Huber says his mother was the biggest supporter of his work, from when he started taking photos as a kid, converting the single bathroom in their small home into a dark room.

Huber is equally enthusiastic about video. One of his most popular videos was shot using a go-pro camera strapped to an eagle at the Avian Reconditioning Center in Apopka.

While the work of a visual journalist- and the media landscape- has changed a lot in the course of his career, some things have not changed.

“As a photojournalist, people want me there or they don’t. There’s no in-between,” says Huber.