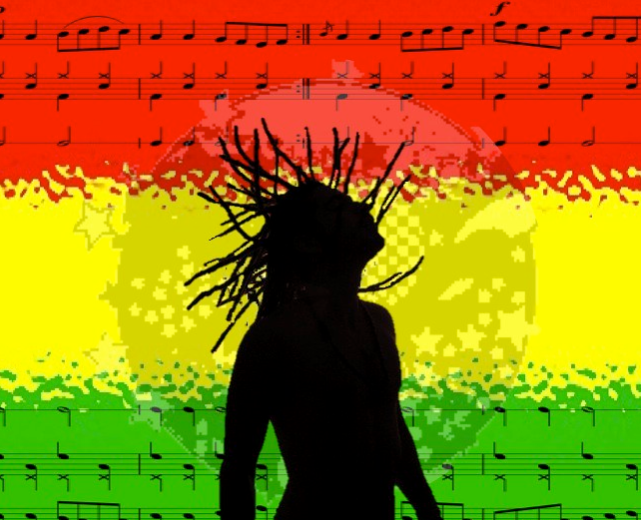 July 1st is International Reggae Day. From City Walk to Daytona Beach, you can hear live reggae music every night in Central Florida.

Orlando musician Craig Thompson’s earliest memories of growing up in Jamaica revolves around food and music.

“Music was always around. Every Sunday we would put on the radio station, Irie F-M, and blast it while food a cook up,” said Thompson.

Craig Thompson is a reggae artists based in Orlando, FL. His band The Shamonic Roots play all across Central Florida.

As a teenager, Thompson listened to Dancehall artists like Buju Banton and Bounty Killer. That’s until he was introduced to Bob Marley’s ‘Legend’ album.

“I really dig the vibe. I was like, “wow, this man is talking about different things.” I was hooked from that moment on. Then, I started listening to all the old stuff,” he said.

Now, Thompson performs professionally with his band the Shamonic Roots all across Central Florida. He still listens to Bob Marley, who may be the most recognized reggae artist in the world.  But the genre didn’t originate with Marley.

“The roots music of the 40s and 50s that’s called Mento, which is also called Jaimaican calypso in some cirlces, ” said Chuck Archard, who is a music artist in residence at Rollins College in Orlando and teaches the history of Jamaican music.

Archard said reggae was one of the first indigenous musics, other than the religious music of Kumina, and the music of the slaves and the freed slaves. In college, Archard played bass guitar at Daytona’s Ocean’s Deck with the reggae band  Windjammer.

Chuck Archard in his 20’s with musician Clarence Wears, who played guitar for reggae artist like Byron Lee and Beres Hammond.

“So mento, then the most commercial music or the music that defined Jamaica was called ska,” Chuck said.

Ska emerged around 1960 and derived from American Rhythm and Blues and Jazz. Archard said ska is very horn driven and was best known for the skank pattern, also known as an afterbeat.

“And the drum pattern, if you really listen to it, is almost what we in the 70’s call the disco beat,” he added

A subgenre of ska, called rocksteady, hit the scene around 1966. It introduced the electric bass guitar, dropped the horns, and slowed the beat. Archard said musical group Toots and the Maytals were the first to use the word ‘reggae’ in 1968.

“The difference between ska and rocksteady, this is Toots’ quote, is that ska has a faster beat. Rocksteady is an all the time going beat and it also carries a message about culture. But rocksteady and ska are also reggae. Put them all together and you still have reggae.”

To see The Shamanic Roots live, you can catch their show with reggae artist Yellowman on July 11th at the West End Trading Co. in Sanford.

Musician Craig Thompson is inspired by the conscious lyrics of Bob Marley. That’s why he named his band The Shamonic roots because a shaman was a healer.

“Seeing that and looking at how it has influenced my change, and how me internally changing other people along, it’s like a domino effect,” Thompson said.

Reggae did more than influence the name of Thompson’s band.

In the 70s, It influenced punk music. Also, a sub style of Reggae known as Dub, which used special studio effects like echo and reverb, was extremely influential in the development of Hip Hop music.

Walk into any club downtown and you’ll hear the most popular style to arise out of reggae in the 1980’s, Dancehall.