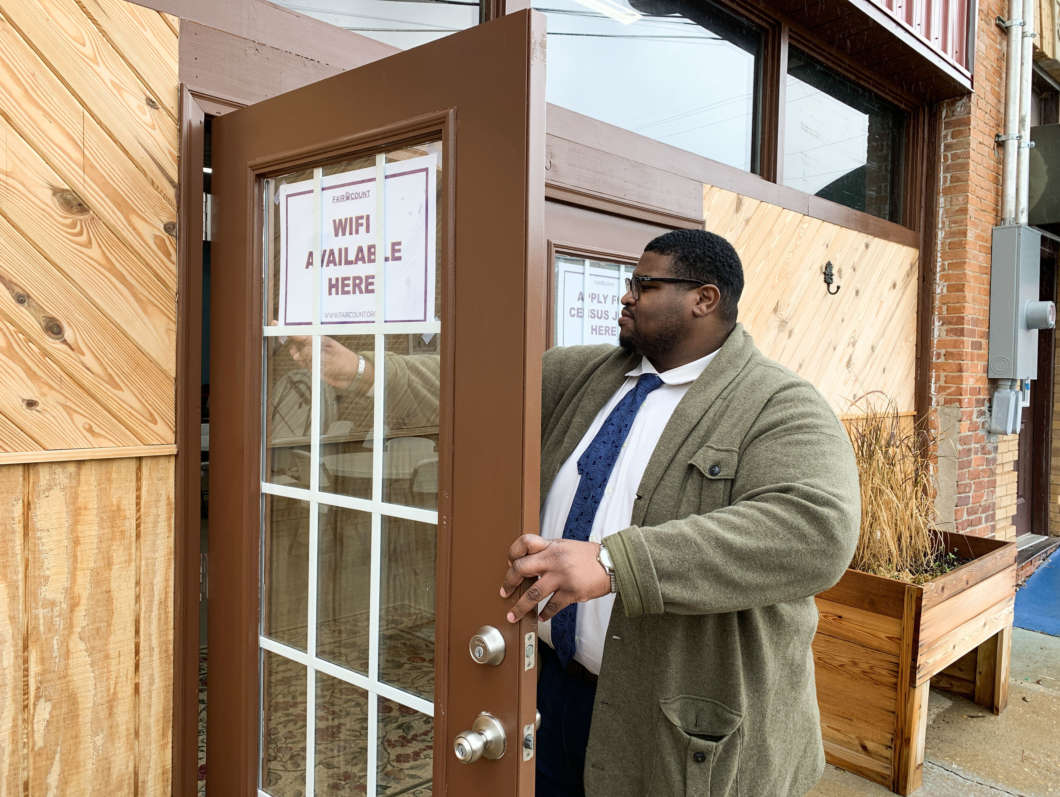 With less than 100 days before the 2020 census is fully underway, rural communities caught in the digital divide are bracing for a potential undercount that could make it harder for them to advocate for resources over the next decade.

For the first time, the U.S. census will play out primarily online and only about 26% of households — mostly in areas with low Internet subscription rates — are set to receive paper questionnaires either in the mail or hand-delivered to their addresses by mid-March, when all households can take part in the count.

Despite the Census Bureau’s plans, some advocates still worry rural areas could be left behind. In Georgia — the state with the fourth largest black population in the country — an Atlanta-based nonprofit organization called Fair Count has been dispatching Wi-Fi routers and portable hot spots to rural churches and community centers.

So far, the organization has set up free Internet access in more than two dozen African Methodist Episcopal churches and other locations around Georgia. By March, Fair Count expects to have a total of 150 hot spots installed — and it plans to pay for Internet service at least through the end of 2020, months after the federal government stops collecting census responses next summer.

“It’s not just about the census. It’s also about using the census as a catalyst for further civic participation,” says Fair Count’s CEO Rebecca DeHart.

The organization is trying to get more people to understand that census numbers guide how more than $1.5 trillion a year in federal funding is distributed to states and local communities, according to the latest estimates by researchers at the George Washington Institute of Public Policy.

The results of the national count also determine how voting districts are redrawn and each state’s share of congressional seats and Electoral College votes for the next decade.

Fair Count was started by Stacey Abrams, a Democrat and former state lawmaker who lost last year’s race to be Georgia’s governor to Republican Brian Kemp. But DeHart, who previously served as the executive director of the Democratic Party of Georgia, insists the organization’s work — funded mainly, DeHart says, by foundations and private donors — is nonpartisan.

“Where things are normally taken away”

Making sure Lumpkin, Ga., in the southwest region of the state, gets its fair share of resources after the upcoming census is a priority for Willie Staten, a steward of St. Mark AME Church.

Lumpkin — population 2,741, according to the 2010 census — sits in the middle of Stewart County, where the Census Bureau estimates half of homes do not have an Internet subscription on either a computer or a mobile device. The yellow-trimmed doors of what was once Lumpkin’s local library have been closed to the public for more than a decade, leaving the town without a free and accessible Internet source.

“This is a community where things are normally taken away from, rather than brought into,” says Staten, standing in the church basement where Fair Count recently installed a portable hotspot.

A laptop and two tablet computers the organization donated to the church sit on a table with signs announcing, “APPLY FOR CENSUS JOBS HERE.” In the first few weeks after they were set up, however, Staten says no one except for him had used them.

Still, AME Bishop Reginald Jackson, head of more than 500 AME churches in Georgia, says the Internet installations will help congregations promote census participation next year beyond the pews and in their neighborhoods.

“We hope we shock all of those who have this idea that we’re going to be undercounted,” Jackson says.

“It’s devastating if we don’t do it”

Fair Count is prioritizing outreach to groups the Census Bureau has undercounted in the past, including African Americans. For example, the bureau estimates the 2010 census overcounted white people while net undercounting more than 1.5 million black and Latinx residents, who are among the populations the bureau considers “hard to count.”

As part of its other census outreach efforts, Fair Count recently launched a “Black Men Count” campaign in Georgia with a video that addresses census history, before the 14th Amendment was ratified following the Civil War, when an enslaved person was counted as three-fifths of a free person.

“Now we have an opportunity to be counted as a whole person,” says Ed Reed, Fair Count’s program director. “Not to take advantage of that opportunity, we’d be missing out not only financially, but on representation in power, in our communities. It’s devastating if we don’t do it.”

Computers at the barbershop

That’s the message Fair Count is trying to spread ahead of the primarily online census as the organization expands its Internet installation program. Its locally-based organizers have been consulting with community leaders to pinpoint potential locations that may be considered unconventional but could reach people who don’t have the census on their radars.

In Cuthbert, Ga. — a 20-minute drive south from Lumpkin — Kuanita Murphy, executive director of the local nonprofit Randolph County Family Connection, suggested setting up free Wi-Fi at a barbershop to reach customers who Murphy worries could be disconnected and left out of the count.

“They’re not at all the community meetings. They are not the first ones to volunteer and take part in all of these different initiatives going on. So we have to go get them,” Murphy says.

The owner of Unique Images Barber and Beauty Salon, Frederick Cannon, says in a town where some park outside the library to catch the Internet signal, offering free Wi-Fi at his business could help beyond the 2020 census. At the very least, Cannon says, seeing the three open laptops next to the barber chairs is bound to raise customers’ curiosity.

“Everybody’s going to want to know why the computers are at the barbershop,” Cannon says.

The need for a “trusted source”

Still, apathy and distrust towards the government are two major barriers to getting people to take part in the census, especially among communities of color.

“We live in an era now where people are skeptical because of data breaches,” says Georgia Rep. Carolyn Hugley, a Democrat who chairs Fair Count’s board of directors. “They need to hear about the census from a trusted source.”

Beyond its Wi-Fi efforts, the organization is trying to find ways to talk through people’s concerns about the census.

“How many people fully trust that your data will be safe when you complete the census?” McLean, Fair Count’s vice president, asked a conference room of college students during a recent training session in Washington, D.C. The students were learning about census policy and how to gather data to build maps showing the digital divide in states beyond Georgia.

The maps, McLean explained, will be used to guide outreach to communities of color across the country with the help of the Congressional Black Caucus Foundation.

But the pressure is on for Fair Count and other census advocates to finish their on-the-ground preparations before the count is fully underway in a little more than three months.

“I knew coming into this that this was a massive effort that needed to be undertaken,” says McLean, an evolutionary biologist who earlier this year left a position at the Centers for Disease Control and Prevention to help lead Fair Count.

“I want people to think about the census all the time,” McLean adds, “It should be just as important as elections.”