Inflation is still surging and some Democrats see one culprit: Greedy companies 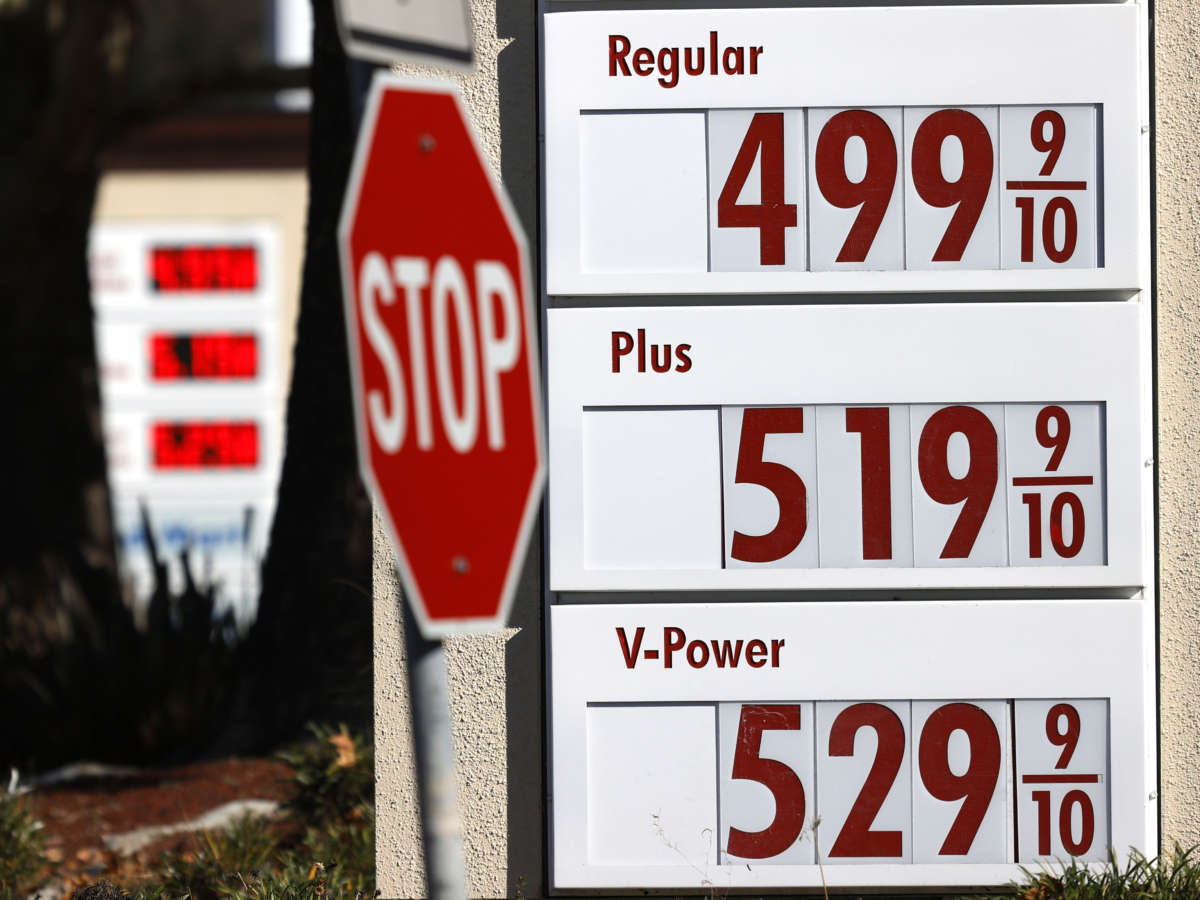 Gas prices are displayed at a station on Nov. 17, 2021 in Hercules, Calif. Consumer prices are surging at their highest annual pace in around 40 years.
Image credit: Justin Sullivan

The latest inflation report is due out Wednesday, and it’s likely to show what most Americans already know: Prices continue to climb rapidly, with data for December expected to show the biggest hit to consumers’ pocketbooks in nearly 40 years.

That has many people asking who or what is to blame for prices, which jumped 6.8% in November. For some progressives, one clear culprit stands out: corporations trying to fatten their bottom lines.

Most economists are skeptical, however. They say inflation is being driven by a surge in demand for everything from iPads to automobiles, along with supply-chain bottlenecks that have companies struggling to keep up.

“When more people want to buy things than companies are capable of making, prices go up. That’s just the law of supply and demand,” said Jason Furman, who served as a top economist in the Obama administration.

He doubts that corporations are any greedier now than they were before the pandemic, when inflation generally hovered below the Fed’s inflation target of 2%.

“Companies always want to maximize their profits,” Furman added. “I don’t think they’re doing it any more this year than any other year.”

Like selling water for $20 a bottle in a hurricane?

Whatever the economic merits, though, corporate profiteering is a convenient political target — especially for Democrats who are on the defensive over climbing prices, with midterm elections approaching in November and President Biden’s approval rating falling.

Democratic pollster Margie Omero says the idea that corporate greed is at fault resonates with people who are feeling the pinch of pricey gas and groceries.

“People are approaching this not as economists, but what they’re observing,” Omero said. “A lot of voters feel that companies and the wealthy are getting wealthier while other folks are struggling and having a harder time keeping up.”

Ordinarily, companies that raise prices run the risk of losing customers to the competition. But when demand is strong and competition is hamstrung by supply shortages, that ceiling on prices comes off.

Economist Isabella Weber of the University of Massachusetts, Amherst, argues the pandemic has created opportunities for some companies to pad their bottom line — not just covering higher costs but expanding their profit margins as well.

“It’s a little bit like the guy who sells water at $20 a bottle after a hurricane, which is only possible because everybody wants to buy water but the local supply is fixed,” said Weber.

Biden targets meatpackers and other companies

Weber likens today’s situation to the period during and just after World War II, when Americans enjoyed rising incomes but a shortage of civilian goods.

During the war, the federal government imposed strict price controls in an effort to keep inflation in check — an episode Weber chronicles in her book, How China Escaped Shock Therapy: The Market Reform Debate.

But the White House has focused much of its inflation-fighting effort on supply-chain problems, and the president has also complained about big corporate profits in some highly-concentrated industries, such as meatpacking.

Just last week, Biden unveiled a $1 billion effort to boost smaller meat producers in an effort to reduce the influence of big corporations, arguing the increased competition would help bring down prices.

“Too often, they use their power to squeeze out smaller competitors, stifle new entrepreneurs, and raise the prices,” Biden told reporters last week.

Biden had promised to crack down on what he calls anti-competitive behavior even before inflation became a hot-button issue, and he has appointed aggressive regulators as the heads of key agencies, including Lina Khan at the Federal Trade Commission.

Ultimately, though, price stability is the job of the Federal Reserve. The central bank is expected to start tapping the brakes on inflation by raising interest rates later this year.

That would limit consumer demand, while the Fed is also counting on supply chain bottlenecks to ease up later this year, although that expectation has been dashed in the past.