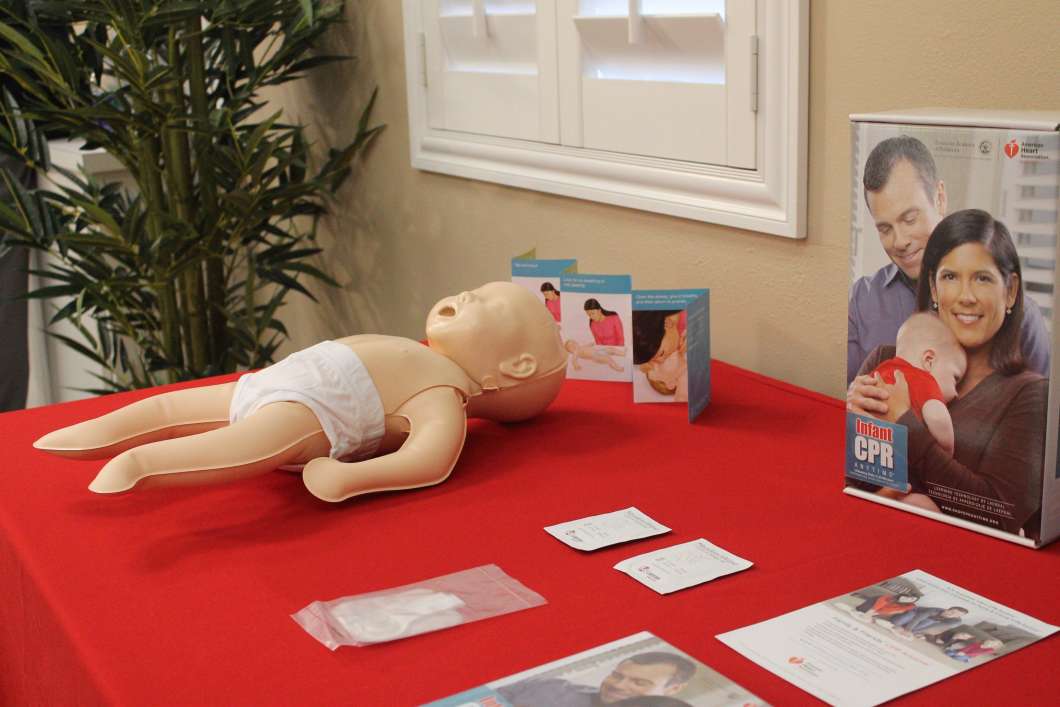 According to Dr. Gul Dadlani, chief of pediatric cardiology at Nemours, over 7,000 infants suffer a sudden cardiac arrest annually. Dadlani said that when this happens, time is of the essence.
“We hope that every family that goes home from one of the neonatal intensive care units in this city, those parents then have CPR education so that if their child ever has sudden cardiac arrest that they can act and they can save their child,” Dadlani said.
The kits include an infant-sized mannequin and a DVD demonstrating how to perform CPR on an infant, a feature parents like Rachel Powell will find useful.
Powell had to perform emergency CPR on her infant daughter when she went into sudden cardiac arrest just five days after being released from Winnie Palmer Hospital’s NICU. Powell’s daughter had spent five days in the NICU after birth due to heart defects, and during that time, Powell received instruction in how to perform CPR on an infant.
Powell’s CPR training was fresh in her mind when she used it to save her daughter’s life, but for other parents facing similar situations, that might not be the case. Powell said that having that DVD in the kit could save children’s lives.
“I was lucky enough that my event happened just five days after I had the training,” Powell said, “but if it’s six months later, a year later, it’s nice to have that refresher on the amount of chest compressions and breaths and everything because it is different CPR for an infant than it is for an older child.”
Dadlani said that these new infant CPR kits will hopefully empower parents like Powell to know how to help their child if they suffer a sudden cardiac arrest. Dadlani also said that this was a step toward AHA’s goal of reducing cardiovascular disease by 20 percent by 2020.
“We want to make Orlando the safest place in America,” Dadlani said. “The generosity of the American Heart Association to donate CPR awareness kits to all the neonatal intensive care units in Orlando is a step toward enhancing the community’s awareness to CPR.”