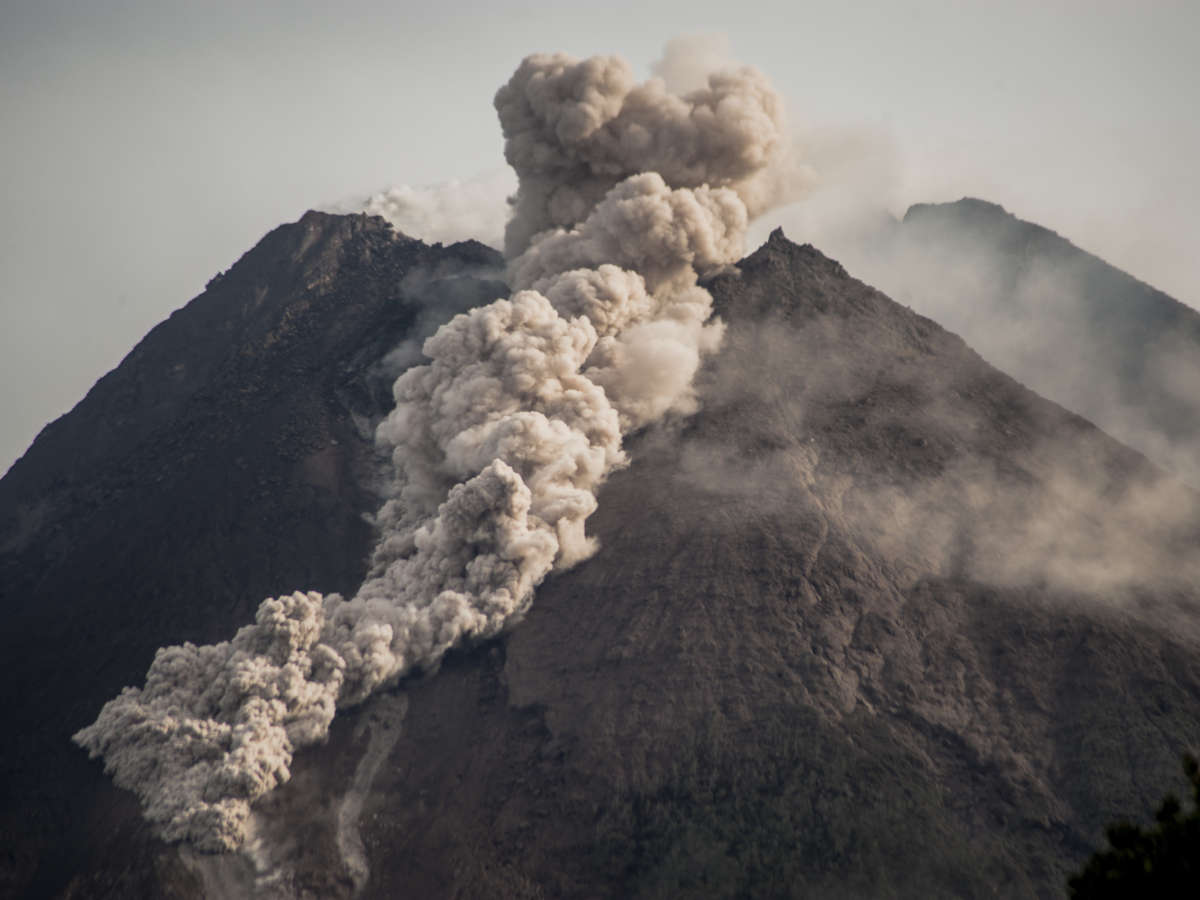 Mount Merapi, Indonesia’s most active volcano, erupted Wednesday emitting a river of lava into the mountain below and gas clouds into the sky.

The eruption set off the volcano’s longest lava flow since the danger level for Merapi was raised in November, Hanik Humaida, the head of Yogyakarta’s Volcanology and Geological Hazard Mitigation Center, told The Associated Press. Sounds of the eruption could reportedly be heard almost 18 miles away.

The 9,737-foot volcano sits on the densely populated island of Java and near the ancient city of Yogyakarta. It has repeatedly erupted recently, keeping local officials and residents living nearby on a state of alert.

No residents were evacuated as of 5:30 a.m. EST, but Indonesian authorities are closely monitoring the volcano’s activity. People were told to stay out of the 3-mile danger zone around the crater.

Indonesia, an archipelago of 270 million people, sits along the Pacific “Ring of Fire,” a horseshoe-shaped series of seismic fault lines around the ocean. That location leaves the country prone to earthquakes, volcanic activity, and tsunamis.

In August, Indonesia’s Mount Sinabung, located on Sumatra Island, spewed a plume of ash several miles into the sky posing health and aviation risks for days.

A series of eruptions in 2018 at the Anak Krakatau volcano, which also triggered a deadly tsunami, caused serious damage and forced authorities to reroute flights.