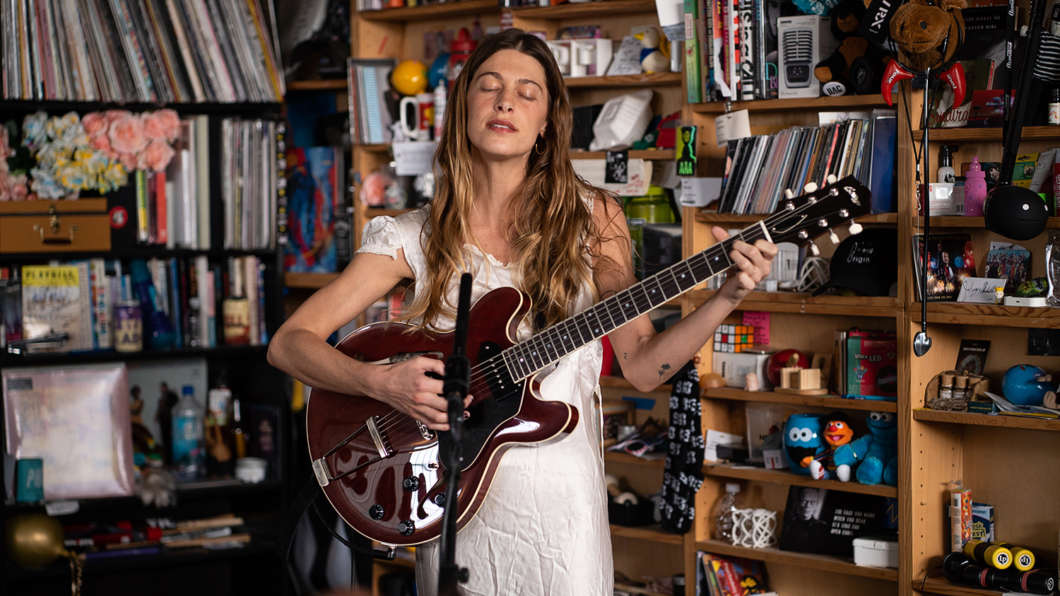 I asked everyone to gather a little closer than usual around my desk for this one.

The voice of Indigo Sparke feels fearless, but at moments it comes at a whisper. I was first taken by this Australian singer on a random journey, listening to around 1300 songs for last year’s SXSW music fest. Her song “the day i drove the car around the block” has a mundane title that made me smile, but lyrics that both cut hard and comfort. “Take off all my clothes, kiss me where the bruises are,” and later the refrain, “Love is the drug, and you are in my blood now.” Indigo told the NPR crowd about the song’s origins of trying to learn how to drive on the other side of the road while in Los Angeles, with a huge vehicle and a stick shift. She just gave up and wrote this tale of defeat and solace.

On her third song, a tune that was so new at the time of this performance it had no title (now it’s called “Burn”), she’s joined on guitar by her partner, Adrianne Lenker of Big Thief. It all made for a most intimate and sincere expression of honest emotion and a beautiful day with friends in the office.