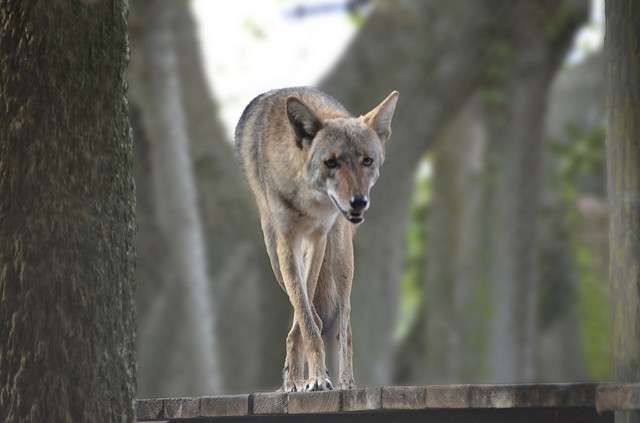 The city has been grappling with a coyote problem since the start of the year.

City Manager Mark Ryan said coyotes were attacking pets in January. And in February the Fish and Wildlife Conservation Commission held a public forum to teach residents how to live with urban coyotes, including hazing techniques to make the animals move on. Ryan said the feeding ban is the latest step.

“This was in response to a situation where a citizen was caught physically feeding the coyotes, and we believe that action has changed the coyotes’ behavior towards humans,” he said.

Ryan said the coyotes have lost their fear of humans.

The first reading for the ordinance is tonight, and if it passes in May, people caught feeding coyotes could be fined $250.

“It’s a tool for the police department to address the situation,” said Ryan.

“Right now FWC has jurisdiction in this case, but this will be another tool for law enforcement.”