In video, Andrew Warren criticizes DeSantis and vows legal action after his suspension 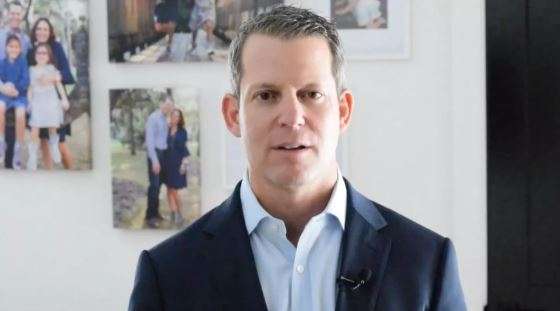 In a video message Sunday, Warren said DeSantis is “trying to overthrow democracy in Florida” and added he is “not going down without a fight” following his suspension as Hillsborough state attorney.

Warren also accused DeSantis of “abusing his power to serve his own political ambition.”

“I’m not going down without a fight,” Warren says in the video. “I’m a former federal prosecutor, the duly elected State Attorney, a native Floridian, and a proud American. I refuse to let this man trample on your freedoms to speak your mind, to make your own healthcare decisions, and to have your vote count.”

DeSantis suspended Warren on Thursday, citing Warren’s previous comments that he would not enforce any current or potential state laws regarding abortion or transgender health care.

In a news release, Warren — who has been elected twice as state attorney — said he was escorted from his office by an armed Hillsborough County deputy and was not able to address his 300 staff members following his suspension.

“He came down to Tampa — to Hillsborough County — to illegally remove me as part of some political circus,” Warren says in the video. “He did it because he wants to throw women and their doctors in jail based on a law that has already been found to violate Florida’s Constitution. He did it because he wants to enforce a law that discriminates against our LGBTQ community — a law that, at this point, doesn’t even exist. We won’t let him get away with it.”

In the release, Warren says he is assembling a legal team to mount a “vigorous defense” and will announce his plans “in the coming days.”

DeSantis appointed Susan Lopez, a Hillsborough County judge since 2021, to serve as state attorney for the 13th Judicial Circuit while Warren serves his suspension.