In Twisty ‘Only Murders In The Building,’ True Crime Makes Good Neighbors 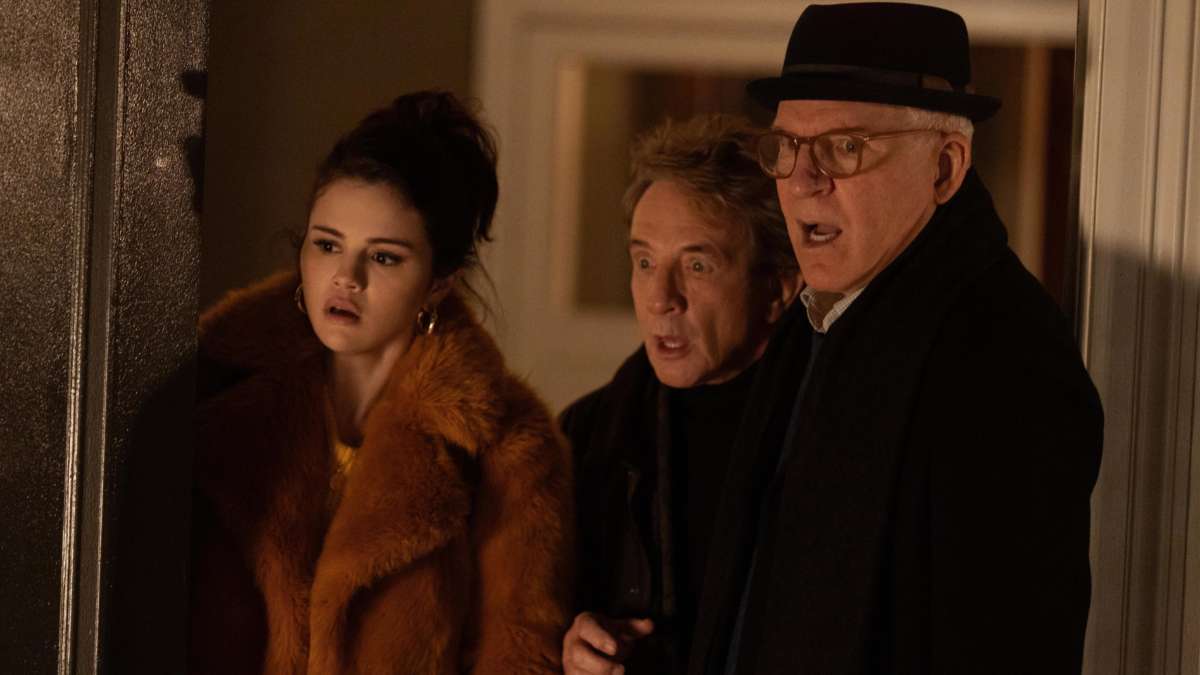 In Hulu’s Only Murders in the Building, two veteran comedians bring to the table the clearly defined personae that they’ve firmly entrenched in the public mind: Steve Martin often plays men who are self-impressed, even pompous, and a bit uptight, while Martin Short plays smarmy show-business phonies turned up to 11.

At first, the actors slot easily, even predictably, into their respective roles: Martin is Charles, a washed-up actor living off the royalties from his old cop show, and Short is Oliver, a flailing theater director who hasn’t had a hit in decades.

Given that premise, you’d be forgiven for expecting something broader and more manic — and maybe, when it comes to the subject of podcasting, more than a little out-of-touch — than the series ends up delivering. Certainly the opening minutes of the first episode seem to meet those expectations — there’s Martin walking down an UWS street in a porkpie hat while we hear his voice reading a gravid and overwritten bit of narration. There’s Short, in a flashy purple jacket, narrating his own over-the-top thoughts on life in New York City.

It probably won’t click until midway through the first episode that those two monologues — and a third one, delivered by another neighbor, Selena Gomez’s Mabel — are offered as parodies of a kind of portentous narration often found in true-crime podcasts.

It’s only one of several clues that the series is more savvy, more in on the joke, than you might expect.

There’s the name of that podcast they love, for example: All Is Not OK In Oklahoma. That’s a solid bit of business. There’s the fact that both Martin and Short are modulating their usual performances to play up the humanity of their characters. Martin’s Charles is plenty uptight, and can be arrogant, but mostly he’s a sad and lonely man who has a difficult time connecting with others. Oliver is exactly the kind of smarmy show-biz phony Short’s made a career out of ridiculing, but he’s dialed way, way down here. Short’s a legend, and of course can be hilarious when he’s going big, but as Oliver, he finds the jokes, instead of lunging at them.

Another thing the show gets right is Gomez’ Mabel, who often functions as a cool, sardonic foil, undercutting Martin and Short’s whole “clueless uncle” vibe. The grounded energy her character brings, to say nothing of the secrets she’s keeping, help propel the series along.

Sure, Only Murders in the Building makes the process of conceiving, making and launching a podcast look hilariously easy — Oliver’s recording technique of waving a mic in the general direction of his subject, for example, would get him a stern talking-to by any real producer, and the less said of the notion that a man of Oliver’s background could so quickly get up to speed on the ins and outs of equalizing, compressing and balancing multiple audio tracks, the better.

But they’re shortcuts and workarounds made for the sake of the story, and they can be forgiven, because the story works. As their amateur murder investigation deepens, the twists keep piling up, the herrings get redder and redder, and everyone, even the murder victim, gets a backstory that ties neatly (but not too neatly) into the main plot. Of the eight episodes (out of ten) screened for critics, most feature a moment or two of dreamlike surreality, and instead of throwing off the tone, such passages deftly layer in emotions the characters aren’t yet prepared to express in dialogue.

In the end, Only Murders in the Building isn’t the wacky farce suggested by its stars and plot, and that’s a good thing. It’s more muted, more real, and it’s shrewdly knowing about who its characters are, and what they want. It’s also very funny, which isn’t particularly surprising — but it features grounded, satisfyingly nuanced performances from Martin and Short, which is.