In The Villages, deputies can only ‘educate and request’ on COVID-19 social distancing 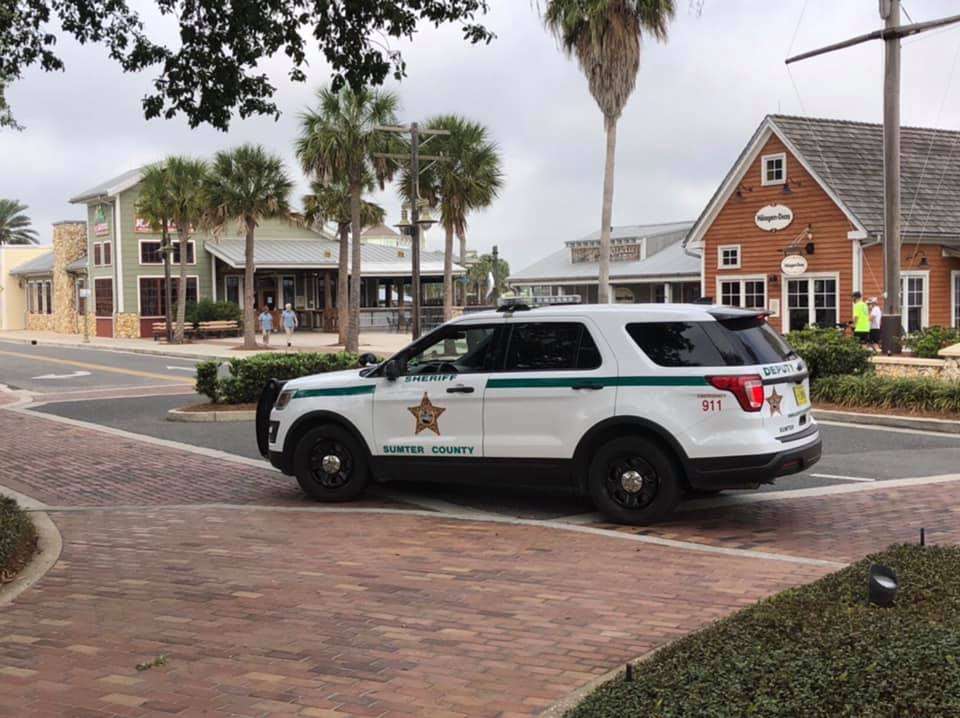 The number of COVID-19 cases in The Villages has risen to at least 41 and a health expert says community spread has begun.

That doesn’t mean everybody in the vast Central Florida retirement community is taking the health warnings seriously. The lack of social distancing has drawn outrage on the Nextdoor app, where neighbors talk to neighbors.

But Sumter County Chief Deputy Chris Haworth says all the Sheriff’s Office can do about it is educate the violators.

Commenters on the app describe a crowd at Lake Sumter Square, people standing too close to each other in lines outside restaurants, and reports of line dancing.

Another post says: “I thought we were supposed to be role models and smarter than the younger generation that were laying on the beaches? Guess not.”

Haworth spoke with me about the challenge of reaching those few people in The Villages who just don’t seem to get it.

WMFE: Chief, I wanted to just talk with you briefly about social distancing concerns in The Villages and I guess in all of Sumter County, but especially The Villages, sort of from the Sheriff’s Office perspective.

HAWORTH: Well, yes, we are very concerned with social distancing because that’s the one thing that CDC and the Florida Department of Health and everybody is recommending — that everyone social distance, maintain proper hygiene in order to avoid the spread. So obviously we’re on board with trying to get that message out, which is why it’s on our Facebook, it’s on our web page, and we even have deputies whenever they encounter people they try to impart that information to them. It’s extremely important, just because of concentration — it’s important for our entire county — but extremely important for The Villages because it has a lot of social areas where people congregate.

WMFE: Are you seeing a problem with people not doing social distancing right in The  Villages, especially in the public areas?

HAWORTH: I would say that, I mean, we see some people engaging,not engaging or being cognizant of social distancing and I’ll give you a for instance. I was literally driving back — had to go somewhere and I was coming back to get gas. And I was at a gas station, and there was a lady that was walking across the parking lot and a gentleman that was trying to maintain his distance. And she just walked right over near him and right up in his personal space and she was going where she was going. I don’t know that it’s mutually exclusive to those locations. I just think that some people aren’t probably taking this as seriously as they should, or they’re just not used to having to maintain these distances. And it’s not part of our normal everyday life. So I think it’s important that we remember that. But, yeah, there are people that are going to the square and, you know, we go up there, like I said, and we try to encourage them to maintain their social distance, you know. Do I think it’s an epidemic or something like that? No, I just think it’s a few people that are out there that, one, either just don’t believe it or just aren’t paying attention.

WMFE: Say a deputy finds someone in the square or at a gas station who isn’t practicing social distancing, what can he or she do about it?

HAWORTH: Well, right now in Sumter County, what we can do is we can educate and request. And like I said, that’s what we’re doing here. There’s no law or ordinance in place right now for us to enforce. And I think that that’s confusing the public a little bit, and in our situation there are areas where it is enforceable with some type of citation, or even up to arrest. Right now that’s not the case for us.