In The Face Of Climate Change, Cities Focus On Resilience & Sustainability 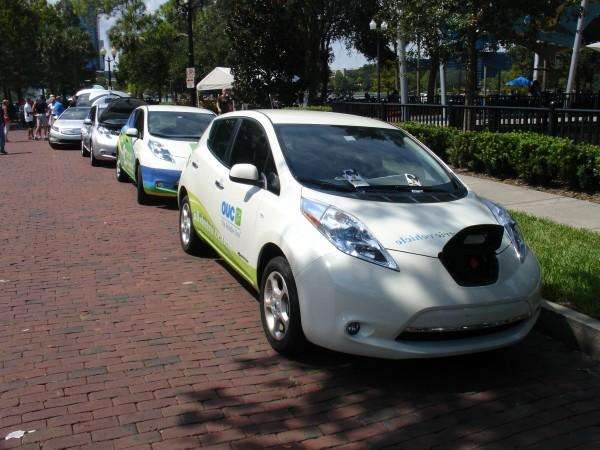 Cities like Orlando are increasingly turning to electric vehicles as they look to bolster resilience and sustainability. Photo: Matthew Peddie / WMFE

As the threat of climate change looms larger, cities are stepping up their efforts to become carbon neutral and bolster resilience and sustainability. So how does the work of local government on green initiatives fit into the state and federal picture? And how is the message of sustainability playing out with the next generation of Floridians?

Orlando’s sustainability and resilience director Chris Castro and Susan Glickman, the Florida Director of the Southern Alliance for Clean Energy join Intersection to talk about green cities, and using hip hop to spread the message of sustainability.

“Our pillars of our economy, from tourism, to agriculture, real estate, and ports are all affected. And in the absence of federal leadership until recently, and the lack of leadership at the state level in Florida, it’s local governments that are really stepping in to fill the void.”

Castro says cities account for about 70% of CO2 emissions globally.

“Although cities are the problem, they’re also beginning to really accelerate action to address this issue,” he says.

“We’ve declared a climate emergency, and most recently have joined what’s called the city’s race to zero, which is a campaign to get us to a zero carbon economy by 2050.”

Castro says electric vehicles are cleaner- and cheaper- in the long run.

“The other important economic development point is that people don’t realize that when we power our cars with electricity that’s coming from our local electric grid, we’re keeping those dollars here cycle cycling within the city of Orlando, especially with OUC being our hometown utility, instead of those dollars leaving our city, leaving our state.”

Castro says younger Floridians are receptive to the message of sustainability. And he’s been working with musician Dane Myers to help spread that message.

“The last two songs that he’s published, I played a cameo in.  The most recent one was actually a rap song that we co wrote about the city of Orlando. And it was for a battle between city sustainability directors across the southeast United States. So we’re competing with Charlotte and Atlanta and St. Pete and Miami. And I’m happy to say that our music video did win first place for most creative.”

“Communicating in those ways, is vital, because we need everybody to take action. Climate change is quite unique in that it’s something where the individual can take action, you can make your home more efficient, you can get solar, you can drive an electric vehicle, or you can abandon your car all together and use public transit. But it’s also something that requires global response.”