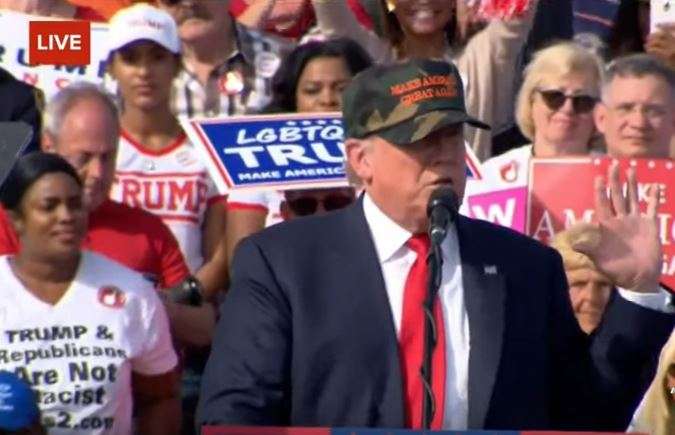 With two weeks left until Election Day, Donald Trump is making final rounds in Florida to convince on-the-fence voters to give him a chance. During a visit to Sanford Tuesday afternoon, the Republican presidential candidate took aim at the federal government’s recent confirmation that rates for 2017 premiums would go up under Obamacare. Trump promised a complete overhaul of the nation’s health care system under his administration.

Trump is expected to speak in Tallahassee Tuesday evening. Meanwhile, Democratic presidential candidate Hillary Clinton will appear in Lake Worth and Tampa Wednesday.