In Orlando, A Move Toward A Permanent Pulse Memorial 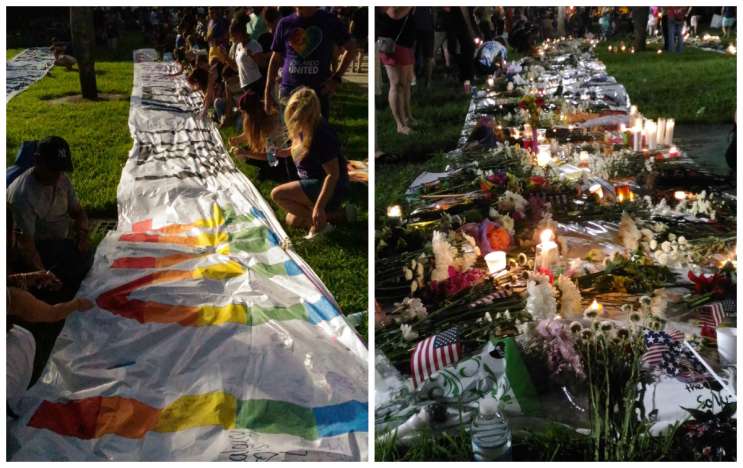 A community-based committee will oversee the process of establishing a permanent Pulse memorial.

Memorial items in the meantime will be gathered from Lake Eola Park and preserved at the Orange County Regional History Center.

Temporary memorials have sprung up across the city since the June 12 Pulse mass shooting, the worst in modern American history.

Other items will be moved to the Dr. Phillips Center for the Performing Arts, to make way for July Fourth fireworks.

Flowers will be collected and turned into soil that will be used in gardens throughout the city.