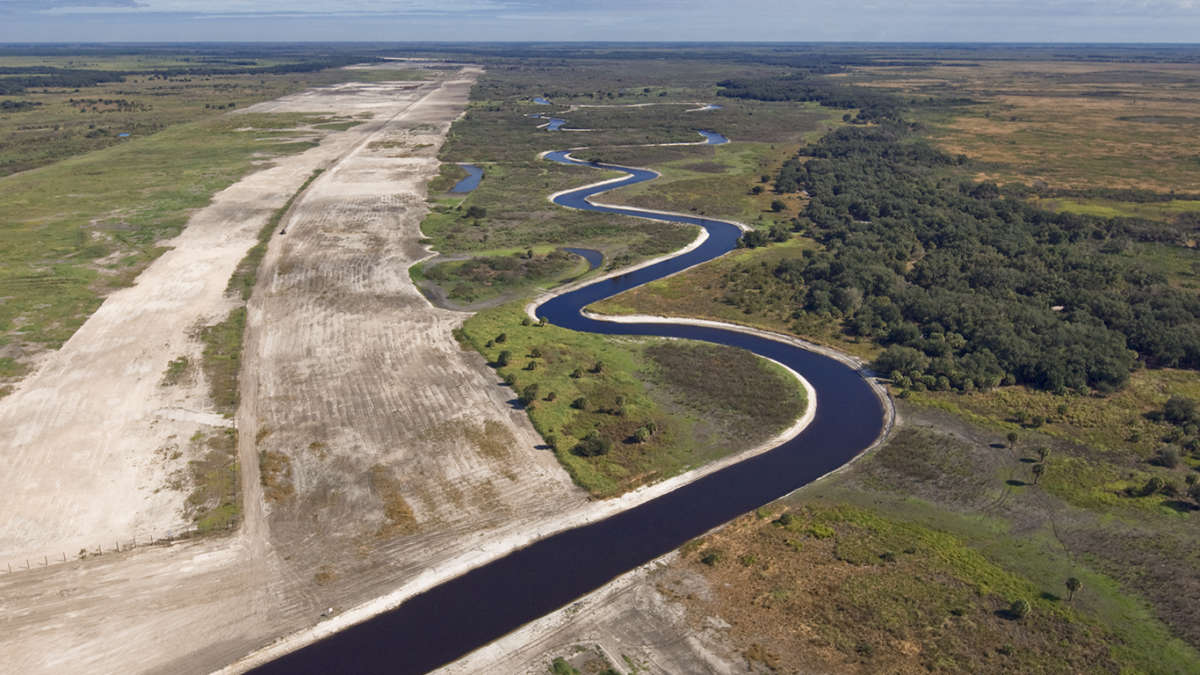 Florida’s Kissimmee River was channelized and dredged for flood control, but after a decades-long restoration effort, headwaters of the Everglades have returned to a more natural wetlands ecosystem.

In central Florida, an ambitious river restoration project that lasted for decades is now complete. Amy Green of member station WMFE reports on the change to one of the state’s most significant waterways.

AMY GREEN, BYLINE: The project is part of a multibillion-dollar restoration of the Everglades, one of the world’s most ambitious restorations. The goal is to revitalize the Kissimmee River. A ribbon cutting on a grassy bank at the Kissimmee, some 100 miles south of Orlando, drew leaders from all levels of government and advocates who have long been engaged in the project.

GREEN: Historically, the Kissimmee meandered slowly from Orlando to Lake Okeechobee, serving as the headwaters of the Everglades and a haven for wildlife. After the river was dredged and channelized, both water quality and wildlife populations plummeted. Shannon Estenoz of the U.S. Department of the Interior says the project is aimed at restoring the historic meanders of the Kissimmee.

SHANNON ESTENOZ: It’s special in that it’s very wiggly, and all the wiggles are back. It’s like the river’s just remembers the way it flowed once.

GREEN: Twenty-two miles of river were backfilled, enabling the old meanders to recarve their path. Two dams were blown up or demolished. In all, the project will restore more than 40 square miles of river floodplain. Here’s Tim Gysan of the U.S. Army Corps of Engineers.

TIM GYSAN: This really shows you what can happen when lots of organizations, both public and private, at all levels of government, come together with one focus to restore something as beautiful as the Kissimmee River.

GREEN: Alana Edwards of Florida Atlantic University was at the ribbon cutting. She remembers the groundbreaking back in the 1990s.

ALANA EDWARDS: This is a river that was channelized, and we thought it couldn’t be fixed. And now we fixed it.

GREEN: Wildlife already is rebounding. Now that the river is flowing more naturally, more wildlife should be returning soon.