In Memoriam: WMFE, His Family and Friends Say Goodbye To Former CEO and Founder Steve Steck 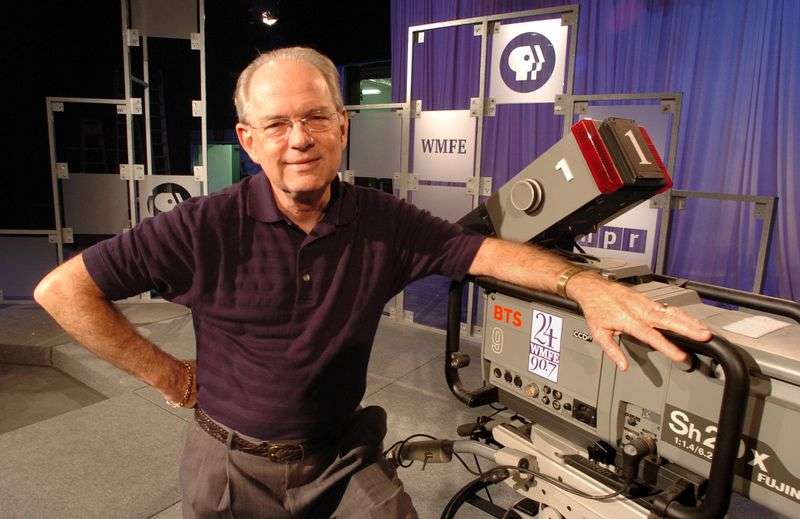 The memorial service for WMFE’s founder and long-time CEO Stephen McKenney Steck will be held on August 25th. Steck died in late July after being struck by a vehicle while out on a bicycle ride.

WMFE’s Danielle Prieur spoke with those he knew and loved about the legacy he’ll leave behind both as a media and family man.

Even if you didn’t know Stephen McKenney Steck, it’s likely he’s had an impact on your life if you’re reading this story.

Steck spent nearly 40 years of his career at WMFE as a founder and longtime CEO.

Hal Boedeker, former film and TV critic for the Orlando Sentinel, says if you like NPR and PBS and you listen to it here in Central Florida, you have Steve to thank.

“Well, he’s one of the most important figures in Orlando broadcasting history, because he brought public broadcasting to Central Florida. He was at WMFE for such a long time, and during his time there WMFE represented both radio and television.”

Boedeker says this contribution to the local media scene in Orlando was a lasting gift to generations of listeners.

“I just think that a lot of things in our culture are at a fever pitch and very loud. And I think of PBS and NPR as like oases.”

But Steve was more than a radio man. Once he retired from the station in 2008, he became an avid cyclist and marathon runner.

Jon Hughes at the Track Shack remembers Steve coming into the store frequently looking for the latest gear…and because he ran the infamous Antarctica marathon.

Hughes says the Antarctica race is not only physically and mentally challenging but logistically so, and very few runners complete it to this day.

“It’s unique, it’s certainly a great conversation starter or great at a cocktail party. To say, well I ran the Antarctica marathon.”

But Hughes says because of the type of guy Steve was, he would never bring up all his accomplishments when he came into the store.

A lot of that humility had to do with Steve’s faith, friends say, which he practiced for more than 25 years at First Presbyterian Church of Orlando.

Pastor David Swanson says many congregants might remember Steve as the man who used to sit in the back of the church wearing his biking gear, having ridden the 20 or so miles from his home in Oviedo.

“He’d be on the back row every Sunday. And then when worship was over, he’d visit with some people and do his thing and then off he’d go to finish his ride.”

Swanson says it was clear Steve fully lived the Christian faith he professed, putting it into practice in his business, cycling and especially when it came to his family.

And that last part, the importance of family to Steve, is how his daughter Catherine Steck McManus remembers him.

“So we were together back in the 70s. Just the two of us living in Oviedo and doing our thing as dad and daughter so we were able to really spend some time together.”

Catherine couldn’t hold back the emotion as she remembers her dad as her biggest champion and confidante.

“He was that person that you knew no matter how difficult the situation – or how kooky or silly or anything – that you could just go to him and say, ‘Dad, here’s what’s going on, what do I do?'”

And she says she hopes he’s remembered for the love of his family when they hold his memorial at his church.

“He was an exceptional dad, grandfather, husband to his wife Desta, friend and certainly a consummate professional in the community.”

Steck is survived by his widow, three children and five grandchildren.