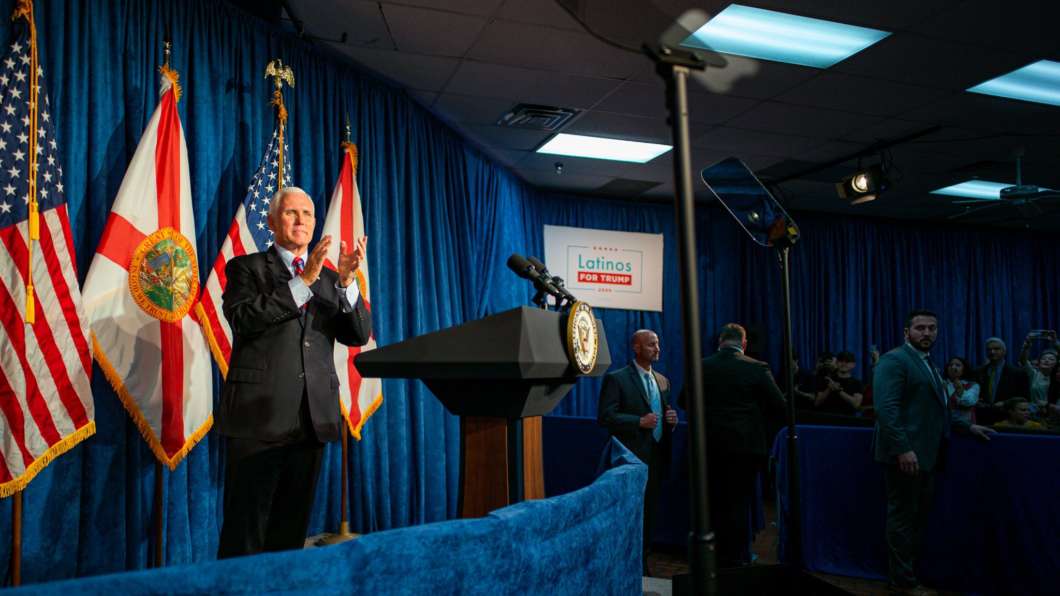 “They’re doing what they can and it’s always good to see that,” said supporter and 28-year-old Army Veteran Gian Ruiz. “Whatever brings work, brings jobs for Latinos in this country, I’ll always support.”

Pence also touted the administration’s efforts to secure the border. Supporters at the event said they believe in a “fair” immigration system.

“I don’t think it has to be so controversial. We have to protect our borders,” said Ruiz. “That shouldn’t really be a grey issue. For me, I look at the border as a national security issue not so much an immigration issue.”

Protestors are here ahead of @VP Mike Pence’s stop in Kissimmee FL. Frank is from Puerto Rico and is upset with the administration’s response to Hurricane Maria. @wmfeorlando @wusf pic.twitter.com/OURbJo7d2D

“For them to want to turn a blind eye on them just to be on the good side of the President — shame on them,” said Frank Rivera Martinez.

Protesters also spoke out about the Trump administration’s delayed response to provide aid to Puerto Rico after Hurricane Maria and the recent earthquakes.

“They haven’t given them the aid that they need,” said Jemma Marie Hanson. “We have families that have gone through Maria, through a quake, things you can’t even imagine There are people sleeping in the street, the elderly without mattresses. This is unacceptable.

More than half of Osceola County is Hispanic or Latino, according to the U.S. Census Bureau. Some analysts say their vote will be critical in the 2020 Presidential election.