In jumpy flies and fiery mice, scientists see the roots of human emotions 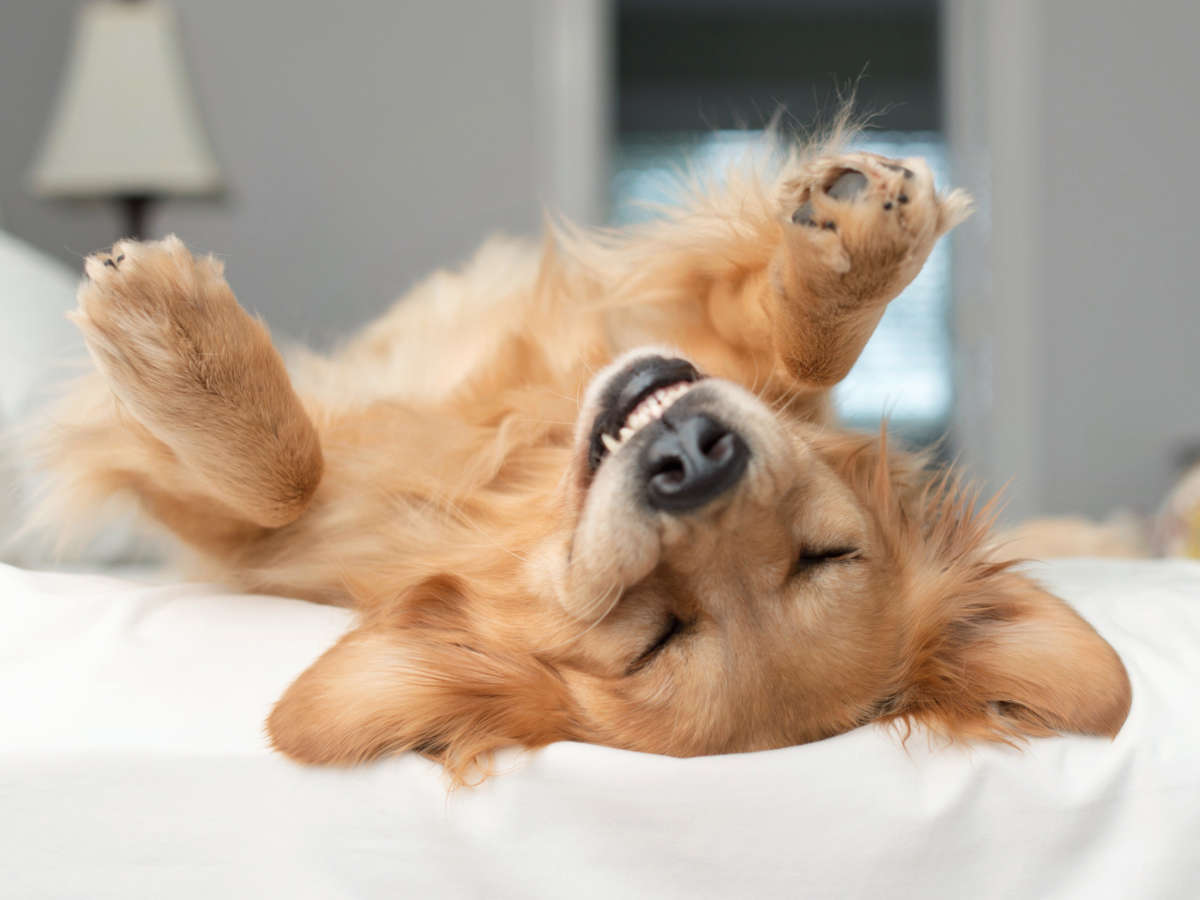 To study emotions in animals, scientists need to look beneath feelings to the brain states that produce certain behaviors.
Image credit: Fran Laurendeau

We humans often say that a growling dog is “angry” or a purring cat is “happy.”

But those terms are of little use to scientists like David Anderson, a biology professor at Caltech who studies the brain circuits involved in emotional behaviors. “We have to do more than just project our own emotions onto other animals,” he says, “because animals are not little people in furry costumes.”

And animals can’t tell us how they feel. Yet Anderson believes a connection exists between animal and human emotions.

“Emotions are brain functions that evolved over time by natural selection,” he says. “They didn’t just appear on the planet with the advent of Homo sapiens.”

That idea is central to Anderson’s latest book, The Nature of the Beast: How Emotions Guide Us. It’s also central to a growing scientific effort to find new treatments for disorders like PTSD by manipulating emotion-related brain circuits in animals.

In his book, Anderson describes research from his lab that suggests the brain circuits underlying human emotions have a lot in common with circuits found in mice and even fruit flies.

To study emotions in animals, Anderson says scientists first need to set aside their own perceptions of what people typically think of as emotions, such as anger, fear, sadness or joy.

In other words, they need to look beyond human feelings.

“The feeling part is just the tip of the iceberg, above the sea of our consciousness,” Anderson says. “The part below is what we share in common with animals.”

What lies beneath feelings, he says, are brain states that produce certain behaviors. And that’s the part of emotion that scientists can study. For example, Anderson’s lab has investigated fruit flies that become much more active when they see a moving shadow like the one cast by a flying predator.

“We see that the more times we deliver the shadow, the more jumpy the flies become, until they’re literally hopping around like popcorn,” he says.

And the flies keep hopping long after the shadow is gone.

Anderson would behave much the same way if he were on a hike and saw a rattlesnake.

“I’d jump in the air,” he says. “But even for minutes after the snake had slithered away into the bushes, my heart would be pounding, my mouth would be dry and I’d probably jump every time I saw a snakelike object in front of me — even if it was a stick.”

That sort of behavior is typical of a persistent brain state called defensive arousal. It’s present in both fruit flies and people, which is why Anderson believes studying fear in an insect or a mouse can reveal a lot about human emotions.

“We can try to figure out how the brain is generating that state and what makes it last so long and what makes the animal finally calm down,” Anderson says.

In mice, the answer appears to be specialized brain cells that become hyperactive when a mouse detects a threat and that return gradually to normal after the threat has passed. Anderson suspects people have a similar group of cells that generate the feeling we know as fear.

Another human feeling that probably has its roots in animal emotion is anger.

There’s no way to know if animals have angry feelings, says Dayu Lin, a neuroscientist at New York University. But the sort of aggressive behavior associated with human anger can be found in fish, reptiles, birds and mammals.

So Lin has been studying the brain areas involved in aggression. And she has found one that appears to be critical.

“It’s a tiny, tiny region deep in the brain, and we all have it,” she says.

In people, this region is near the bottom of the hypothalamus, just above the pituitary gland. And studies show that in mice and other animals, this clump of brain cells is part of a core aggression circuit.

“We can evoke aggression by just artificially activating this area in the rodents,” Lin says.

Switch it on and a mouse will attack. Switch it off and even an animal’s natural aggression vanishes. There’s some evidence that this can also happen in people. Doctors sometimes use deep brain stimulation to deactivate the aggression circuit in extremely violent psychiatric patients.

“We really see PTSD as a disorder in which this evolved, important fear response has essentially gone too far,” says Dr. Kerry Ressler of Harvard Medical School and McLean Hospital.

For a person with PTSD, even a minor event can produce a stress and fear response that lasts for hours, Ressler says. And there’s a parallel in animals.

A typical mouse will freeze when it hears a tone associated with a mild electric shock. But if the shocks stop coming, the animal soon learns to ignore the tone.

“If the animal’s had prior trauma, they’ll learn more quickly, they’ll freeze for longer and it takes them longer to extinguish or learn that that tone is actually safe,” Ressler says.

In both people and mice, trauma appears to alter a brain circuit involving the amygdala and the prefrontal cortex. And in rodents, it’s possible to regulate that circuit.

The next step, he says, is to figure out how to tweak that circuit to reduce the fear response in people with PTSD.