In Florida, The Doctor Will See You – Eventually 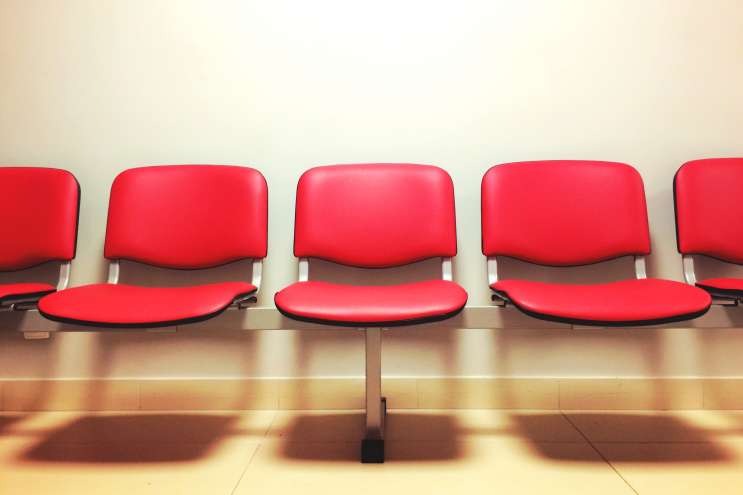 A national poll found it harder to get a doctor's appointment in Florida than other parts of the country.

Bud Stevens is an engineer for a big aerospace company who lives in Melbourne, on Florida’s Space Coast. When he moved back to the states from England, he wanted a proper U.S. physical.

It took four weeks to get that first appointment. The doctor saw what he thought was skin cancer, so he referred Stevens to a specialist. That was another four to five weeks.

“Since I hadn’t been in Florida very long, I really was not aware of if this was normal or exceedingly long,” Stevens said. “But it did seem like they were pretty full up. And it might have been because they were in the preferred network.”

Stevens said he’s been to a dermatologist before, so he wasn’t really concerned. But that waiting between appointments: “It was cause for concern,” he said. “But it wasn’t an unusually stressful cause for concern.”

In fact, 13 percent of Floridians had to wait three weeks or more to see a doctor when they’re sick, according to a national poll by the Robert Wood Johnson Foundation, NPR and the Harvard T.H. Chan School of Public Health finds Floridians. That’s a longer wait than the national average.

“The poll found that 1 in 5 Floridians needed health care in the last two years and reported they weren’t able to get it,” said Robert Blendon, Richard L. Menschel Professor of Health Policy and Political Analysis at Harvard T.H. Chan School of Public Health. “That number is larger than the national average. So this issue of people having barriers to care – whether it’s financial, geographic or appointments – is larger in Florida than in most other spots in the U.S.”

There are a number of possible causes like patients not having primary care doctors, the distribution of doctors, patients in Florida being more elderly and having more issues as a group.

Blendon said the poll found 1 in 4 Floridians find the wait times to be unreasonable, which is also larger than the national average. And he said, taken together, the poll points to a bigger problem in Florida.

“I think what the poll provides is a sort of warning sign that there are things going on you should worry about,” Blendon said. “People without physicians, people having problems getting seen, people looking for alternatives because they can’t make the existing arrangements work. And it is sort of a call for people in leadership to take a stronger look.”

Halee Fisher-Wright, president of the Medical Group Management Association, which represents the people who run doctor practices, said access is a problem. But it also represents an opportunity – just look at apps like ZocDoc making appointments more convenient.

“Access has always been one of the most common complaints patients have,” Fisher-Wright said. “Access is probably the biggest opportunity medical practices have to enhance their functionality and operational success.”

Now, Bud Stevens, the Melbourne patient, has some interesting views on getting in to see a doctor because he spent long stretches of time using the National Health Service in England.

The wait times were, in some cases, quite a bit shorter in the U.K. One specialist he had to see had office hours until 8 p.m. two nights a week.

And for primary care, he was assigned to a clinic, and if he needed to see a general practitioner, they’d set up an appointment same day or next day. In the office, he’d tap in his credentials into a computer.

“And within five minutes of my appointment time, there would be somebody there to see me, sit down with me, and have a 15 to 20 minute conversation about any of my concerns regarding that appointment,” Stevens said.