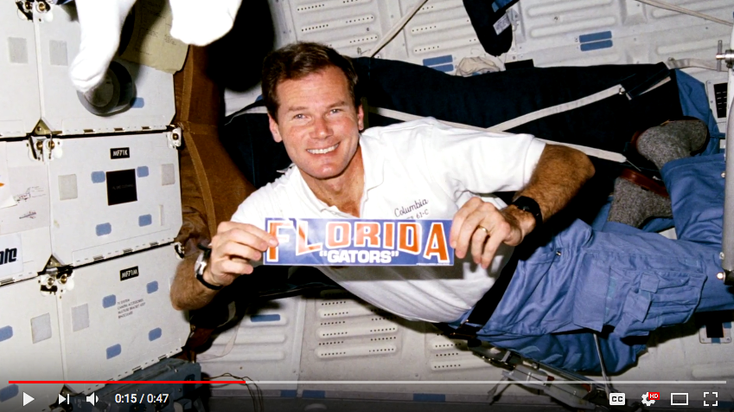 Senator Bill Nelson released his campaign’s first digital ad in the race to hold onto his Senate seat which touts his experience as an astronaut.

While in Congress Nelson, a Democrat, along with Republican Senator Jake Garn, flew to space on the shuttle in the mid 1980s. Nelson flew as a payload specialist on board the Space Shuttle Columbia in 1985. Garn flew on board Space Shuttle Discover in 1986. They each spent around six days in space.

The digital ad will appear on social media and on YouTube. Nelson told WMNF his campaign won’t purchase a TV buy until the fall. A $2.2 million dollar TV campaign by the Senate Majority PAC aired over the weekend in favor of Senator Nelson.

The bid for the seat is shaping up to be the most expensive Senate campaign ever.

Scott is also no stranger to space. As Governor, Scott announced aerospace giants like Blue Origin coming to Florida and continued to support funding for the state’s space agency, Space Florida.

Nelson was elected to the Senate in 2000.