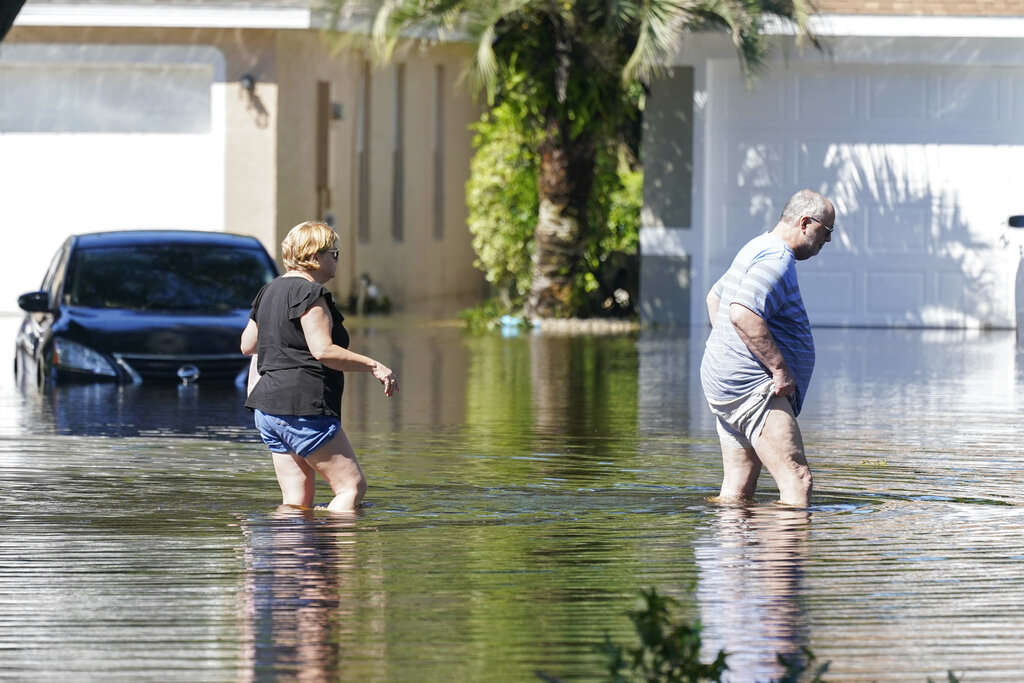 Residents check on their flooded home, in the wake of Hurricane Ian, Friday, in Orlando. (AP Photo/John Raoux)

Ponce Inlet in Volusia County received 21 inches of rain during Hurricane Ian, according to data from the National Weather Service. That’s the most among the locations reported in East Central Florida between 8 a.m. Tuesday and 8 a.m. Friday.

Fire Chief Dan Scales is not surprised Ponce Inlet had that much rain.

“We have a weather station in our police station in the north of the town,” he said. “And we measured just over 23 inches of rain in that same time period.”

Scales said that, like many places in Central Florida, his town is dealing with flooded streets and homes.

“Unprecedented is an understatement as far as a descriptor is concerned,” he said. “It was quite an adventure and quite an event for our community.”

New Smyrna Beach and Edgewater, also in Volusia County, were a close second and third, with more than 19 inches.

South of Kissimmee, the Good Samaritan retirement village — where flooding has prompted a mandatory evacuation — had a rainfall total of 16 inches.

The Orlando Sanford International Airport had 16 inches of rain.

In Orange County, Union Park east of Orlando had the most, with more than 17 inches of rain.  And the totals for Orlando range from 9 to 15 inches.