In collaboration with The Hechinger Report, a look at the rise of accelerated skills training programs for pandemic career changers 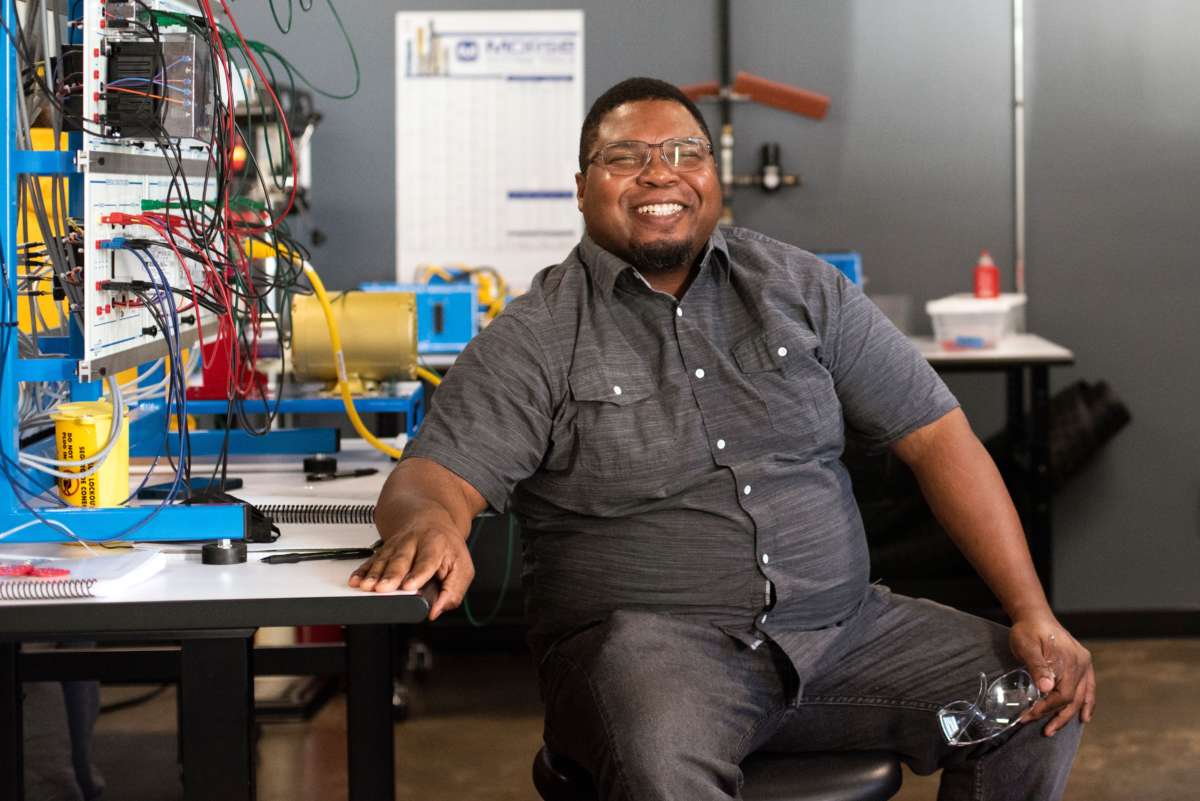 Cory Orr is a student in the mechatronics program at Valencia. Photo: Tina Russell for The Hechinger Report

According to the Bureau of Labor Statistics, more than 4 million people in the US quit their jobs in September in what’s being called the Great Resignation. The majority of these workers left jobs in the hospitality and leisure industry.

WMFE, in collaboration with The Hechinger Report, finds an accelerated skills training program at Valencia College is helping some of these workers get higher paying, steadier jobs.

Across the country, the 40 hour work week is what most of us have gotten used to. But for some people the reality is much different.

That’s Cory Orr. He says pre-pandemic he was working as a line chef at a local restaurant on the day, night and weekend shifts, and had his own catering company on the side.

Orr says then the pandemic hit and business slowed down. In fact, he says it’s never fully recovered.

“People are weird. We’re weird about going out to eat. You go out to the restaurant and you go, ‘Oh, we have 30 reservations and you’ve got a full staff and nobody’s in the restaurant,’ you know what I mean?”

Orr says he realized he needed to do something different so he quit his jobs, and signed up for the accelerated training program that’s preparing him to fix complex machinery in industrial plants.

“I never thought I’d be switching my careers. Especially, I’m 38. Had I been younger I’d have been like, ‘switching careers it’s not that big of a deal’. Now it’s like, ‘hey, I’m not as fast or as quick on the uptake as I used to be,’ you know what I mean?”

Cory Orr says he wants to work as a maintenance tech at Publix once he graduates. Photo: Tina Russell for The Hechinger Report

Orr is in week 14 of the 22 week program. On February 16th, he’ll graduate with a certification that will pay him upwards of $22 dollars an hour. What Orr is doing traditionally takes two years to complete.

Lindsay Daugherty works for the RAND Corporation, a think tank based in California. She says these accelerated training centers at community colleges across the country have been gaining popularity since the Great Recession.

But Daugherty says they’ve been given new life and incentives during the pandemic as employers struggle to fill open positions in skilled trades.

“Through the CARES Act and other federal funding and then also through states passing their own funding in their budget, have really been devoting a lot of funds both to the development of these programs in community colleges, and other education and training providers.”

Each of the students in Cory’s class, could make upwards of $20 dollars an hour after graduation. Photo: Tina Russell for The Hechinger Report

At Valencia, enrollment in its five accelerated training centers has almost doubled since the start of the pandemic. Carolyn McMorran, Vice President of Professional and Continuing Education, says 90% of students attend the training center completely free. That’s thanks to CARES Act and American Rescue Plan dollars along with state funding and business donations.

“We have a lot of private companies like Pepsi, Bank of America, Truist, a lot of different organizations, Lockheed Martin, who have seen if we invest in this, we get back from this because we’re helping them solve that talent pipeline issue.”

For Cory Orr, the math is simple. Being a certified maintenance tech means more time to spend with his friends and family.

“I won’t say that I’m tired of cooking, I’m passionate about cooking, I do enjoy cooking. But I like the idea of being able to have friends over as opposed to having to, you know, hit the grindstone everyday, so to speak.”

Enrollment in Valencia’s accelerated program has almost doubled since the start of the pandemic. Photo: Tina Russell for The Hechinger Report

Orr also says changing careers will allow him to reach his financial goal of making more than 50 grand a year before he turns 40.