In A Bitterly Divided Nation, Will Robert Mueller’s Testimony Change Any Minds? 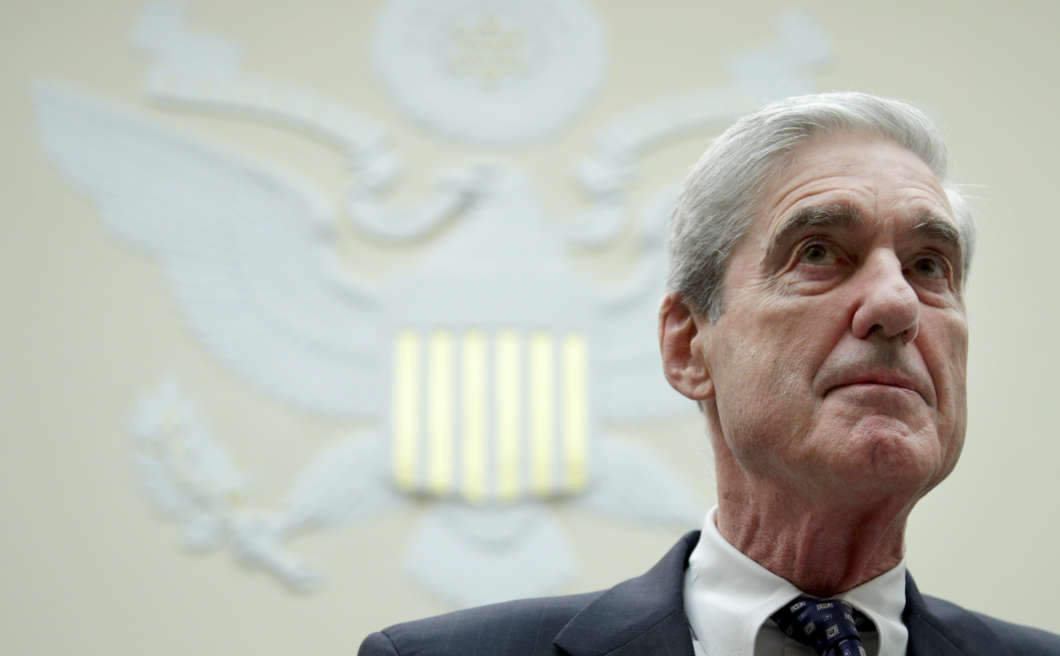 Former special counsel Robert Mueller arrives for testimony before the House intelligence committee on Wednesday, his second hearing of the day. It's unclear what impact his long-sought testimony will have.
Image credit: Alex Wong

Former special counsel Robert Mueller did what Democrats wanted him to do on Wednesday — the question now is how much difference that may make.

Mueller’s hearings did not feature a telegenic star who could deliver a message as exuberantly as President Trump’s opponents hoped.

Even so, the House chairmen who wrestled for months to harpoon Mueller and reel him up to Capitol Hill got TV soundbites of the former special counsel saying the things they wanted:

— The special counsel investigation did not exonerate or vindicate President Trump.

— There were many contacts between Trump’s campaign in 2016 and the Russians who attacked the election.

— Trump’s actions, for critics, constitute obstruction of justice — and Trump could be susceptible to criminal prosecution when he no longer enjoys the privileges that now protect him as president.

Democrats also sought immediately to try to seize the attention on the special counsel investigation to push for new legislation to alter U.S. election law ahead of next year’s vote for president.

What wasn’t clear is whether dawn over Washington on Thursday would reveal any changes to a political battlefield in which the combatants have mostly been entrenched for months — and were expected to remain that way barring some kind of major revelation by Mueller.

At least one prominent political and media commentator was ready with his take not long after the second hearing adjourned:

“They lost so big today,” Trump told reporters at the White House. “The Democrats are devastated right now.”

All the allegations are “phony stuff” and the Democrats know it, Trump said, along with the “phony cloud” he said had descended since Mueller’s appointment in the spring of 2017.

So there was one indicator: Not only did Mueller’s testimony entice Trump to drop his earlier mode of apathy, in which he said he couldn’t be bothered to watch the former special counsel.

It also made Trump feel comfortable and confident enough to joust with reporters he mocked for “fake news” questions and conclude, “We had a very good day today.”

If Mueller’s hours upon hours of testimony didn’t leave Trump quaking, it also may have further reduced the political peril he faced from impeachment proceedings in the House.

The former special counsel refused to be drawn into rhetorical ambuscades by lawmakers in either party and say whether he believed Congress must impeach Trump or whether Mueller agreed he was simply a pawn in a broader impeachment game.

The hearings appeared to leave Democrats where they began: divided, with a minority — albeit sometimes vocal minority — of House members in support of impeachment proceedings; but a majority opposed, including Speaker Nancy Pelosi, D-Calif.

The speaker’s mind, at least, did not appear to have been changed when she appeared at a press conference after the Mueller hearing. She didn’t close the door to an impeachment inquiry but said she had a ways to travel before she’d feel confident talking seriously about the I-word.

“If we go down that path we should go the strongest possible way,” Pelosi said. She alluded to unresolved disputes in court and elsewhere over evidence, as well as the need to bring along most Americans in support.

Pelosi, her lieutenants and political Washington waited to see whether Mueller would have that effect on the nation.

Meanwhile, House Judiciary Committee Chairman Jerry Nadler, D-N.Y., said his panel would press ahead with its fight to compel testimony by and documents from former White House counsel Don McGahn, who has been blocked by the White House from cooperating — and who likely isn’t too eager on his own to play ball with Democrats.

Pelosi said her patience isn’t inexhaustible and her position could still change. If Trump continues to try to block Democrats’ investigations, she suggested, that might provide impeachable grounds down the road.

The “areas of compromise”

House intelligence committee Chairman Adam Schiff, D-Calif., told NPR that he has become resigned to little or nothing changing the basic views that Americans have taken for and against the president.

Schiff cited Trump’s ongoing war of words with four Democratic congresswomen, whom the president has tried to paint as the face of the Democratic Party for what he calls their extreme views — but whom he also said should “go back” where they came from in a racist post on Twitter.

“As I said before the hearing, I am very circumspect about how much attitudes change on the subject — not just on Trump and Russia but on Trump generally,” Schiff told NPR’s All Things Considered.

“I mean, if the racist comments of the president in the last two weeks haven’t moved people’s opinion, I don’t know that anything Bob Mueller could say would change that. But nevertheless it’s important that these facts be exposed to the American people and that we finish our investigative work into the areas of compromise that he wasn’t able to talk about today.”

Trump’s opponents hope the “areas of compromise” could yield a politically fecund trove of material for Democrats to try to hurl at Trump over the coming year, involving allegations that the president could have undisclosed financial connections to Russia or other skeletons in his closet.

One lesson from Mueller’s testimony on Wednesday was that if something wasn’t included in the special counsel report, it generally wasn’t the subject of Mueller’s focus. That suggests Democrats will be plowing fresh ground as they continue their quest for Trump’s tax returns and financial or business documents.

There’s no way to know, however, how long the investigations and subsequent court cases involving those inquiries might take to bear fruit — if, in fact, they have any for Democrats to pluck.

Trump and Republicans call Democrats’ post-Mueller investigations a transparent fishing expedition and a bid for a “do-over” of the Russia investigation, which, in Republicans’ telling, disappointed Democrats because it didn’t bring down Trump as his opponents hoped.

The president’s supporters looked ahead on Wednesday to what they called the truly important investigations still underway within the Justice Department — into the origins of the Russia imbroglio itself and the way the FBI and DOJ used their surveillance powers.

Attorney General William Barr has said those reports might appear this summer, although there aren’t any details as to when.

It also isn’t clear whether Mueller’s testimony might mean Congress could feel new pressure to enact some kind of new security legislation ahead of Election Day next year — or whether a status quo outcome from Mueller would guarantee that the Hill won’t.

Schiff used a press conference with Pelosi on Wednesday evening to join others who’ve called for a new bill, warning about what he called the implications of inaction ahead of the 2020 campaign.

“We go into this election more vulnerable than we should.”