In A Belgian City Ravaged By Flooding, The Signs Of Disaster Are Everywhere 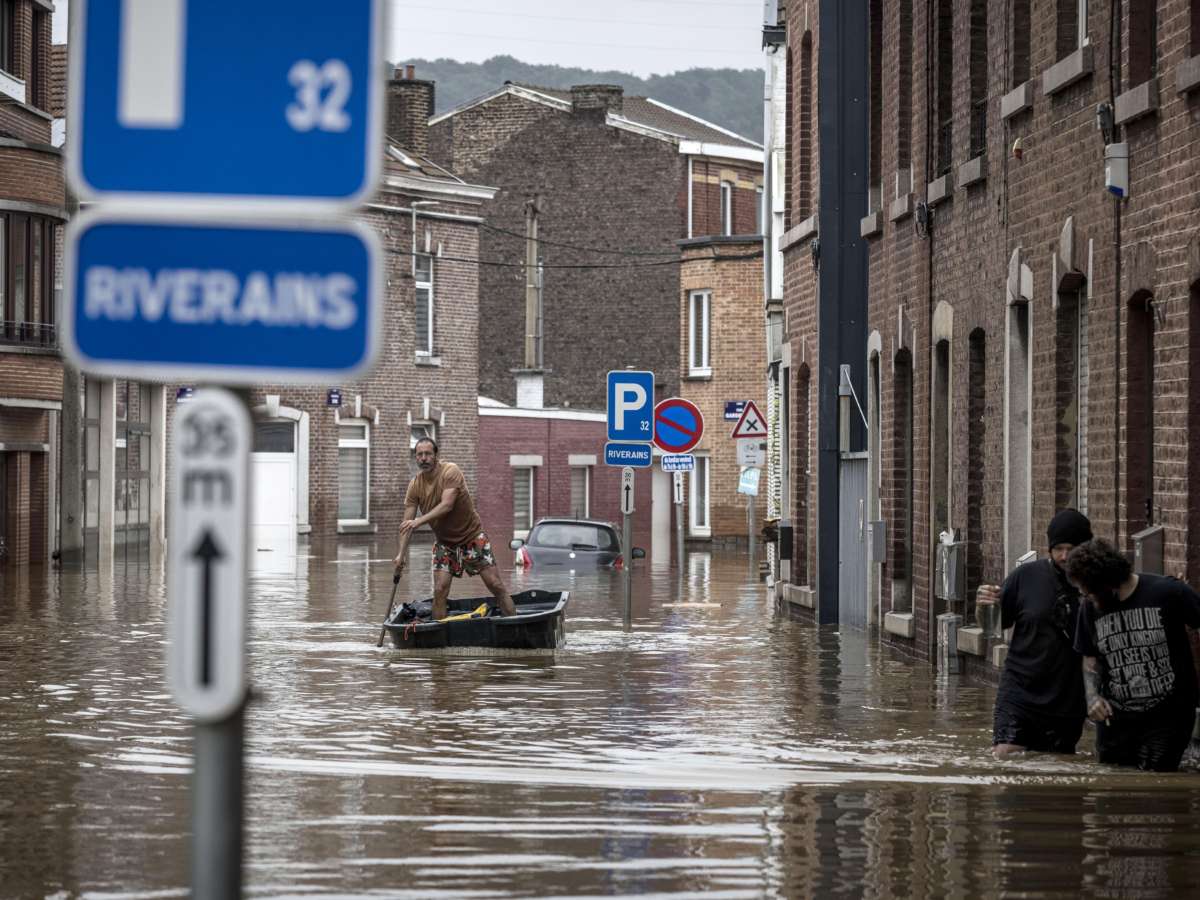 A man rows a boat down a residential street after flooding in Liège, Belgium, on Friday.
Image credit: Valentin Bianchi

LIÈGE, Belgium — Street pavements burst open, houses flattened, and entire villages were destroyed in what’s being described as one of the worst flooding disasters to hit Western Europe in more than two centuries.

More than 165 people have been confirmed dead, while dozens of others remain missing after a record rainfall caused dams to burst and rivers to overflow into towns and streets across western Germany, Belgium, as well as parts of the Netherlands, Switzerland and northern France.

In Liège, Belgium’s third-largest city, water from the Meuse river overflowed Thursday evening into parts of the city center, prompting city officials to call for residents to evacuate the area or seek higher ground.

“I’ve never seen anything like this in my 81 years,” said Pierre Fouillen, a lifelong resident who came to the river Friday morning to assess the damage.

Guy Leehan, a 62-year-old teacher who sailed into Liège earlier in the week, was waiting patiently in his boat on the docks of the Meuse for the water to go down so he could continue his journey south.

By the weekend, fears that a dam could burst were calmed, as the water levels in the swollen river began to go down. But multiple pieces of debris flowing through the river from nearby villages — including parts of homes, street signs and car tires — served as a reminder that it would take weeks and months to fix the damage in the surrounding villages.

“This may be the worst flooding disaster our country has ever known,” said Belgian Prime Minister Alexander de Croo, who declared Monday a national day of mourning. Additional search-and-rescue teams have been brought in from France and Italy to help locate the missing and assist with the cleanup.

In western Germany, the death toll rose to at least 143 people. Firefighters, meanwhile, say they carried out more than 1,000 search-and-rescue missions, which were complicated by the fact that the floods had cut power lines, disabling cellphone towers.

“I mourn for those who have lost their lives in this catastrophe,” German Chancellor Angela Merkel said while on a trip to Washington to meet with President Biden. “We don’t know the number yet, but there will be many.”

The flooding has moved the topic of climate change to the forefront of Germany’s upcoming elections — Merkel will be stepping down in the fall. Germany’s interior minister, Horst Seehofer, said the country “must prepare much better” in the future, adding, “This is a consequence of climate change.”