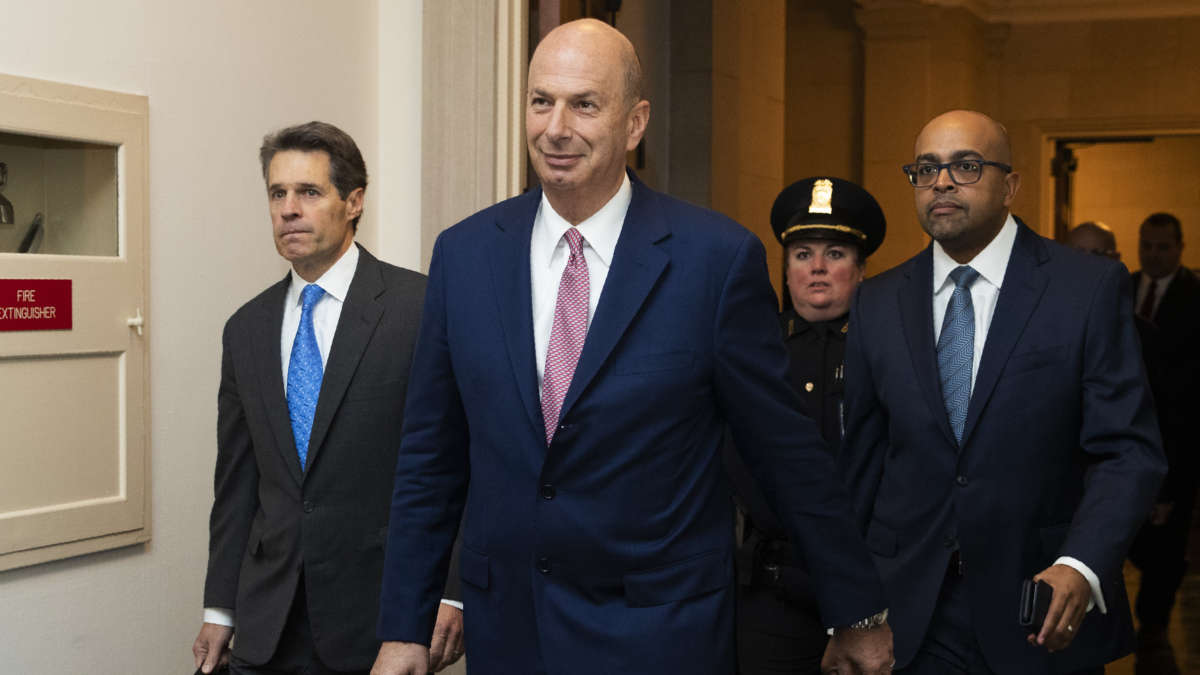 Former Ambassador Gordon Sondland, who testified in former President Donald Trump’s first impeachment proceeding that there was a quid pro quo between the White House and the government of Ukraine, is suing former Secretary of State Mike Pompeo and the U.S. government for $1.8 million.

The suit alleges that Pompeo reneged on “a legally binding promise, both individually and on behalf of the Government,” to reimburse Sondland for his legal fees relating to the 2019 impeachment investigation.

Sondland says the State Department “bucked normal convention and denied him the services of any government counsel” to prepare for the impeachment inquiry, in which he testified under oath for over 17 hours in October and November 2019, according to the suit, “the last seven broadcasted on live national television and elsewhere around the world.”

Sondland, who served as Trump’s ambassador to the European Union, was fired the following February, according to the suit, “simply for telling the truth,” and he alleges that the government has withheld reimbursement of his attorney’s fees in a “willful breach” of the October 2019 agreement to pay them.

Pompeo did not immediately respond to a request for comment.

According to the suit, an attorney with the State Department’s Office of the Legal Adviser said that Sondland would be reimbursed only $86,040.

Sondland is a Portland, Ore., hotel owner who contributed $1 million to Trump’s inaugural committee. He testified that there was an agreement that the Trump administration would release U.S. military aid for Ukraine’s newly elected government if it investigated then-candidate Joe Biden’s alleged ties with Ukraine.

“Was there a quid pro quo? With regard to the requested White House call and White House meeting, the answer is yes,” Sondland said during his testimony.

According to the suit, filed in U.S. District Court in Washington, D.C., Sondland was advised on Feb. 20, 2020, that “while the Administration appreciated his testimony, the Administration wanted to purge everyone remotely connected to the Impeachment trial. Accordingly, the Counselor to the Department of State asked for Ambassador Sondland’s resignation.”

When Sondland refused to resign, he was fired later that day.