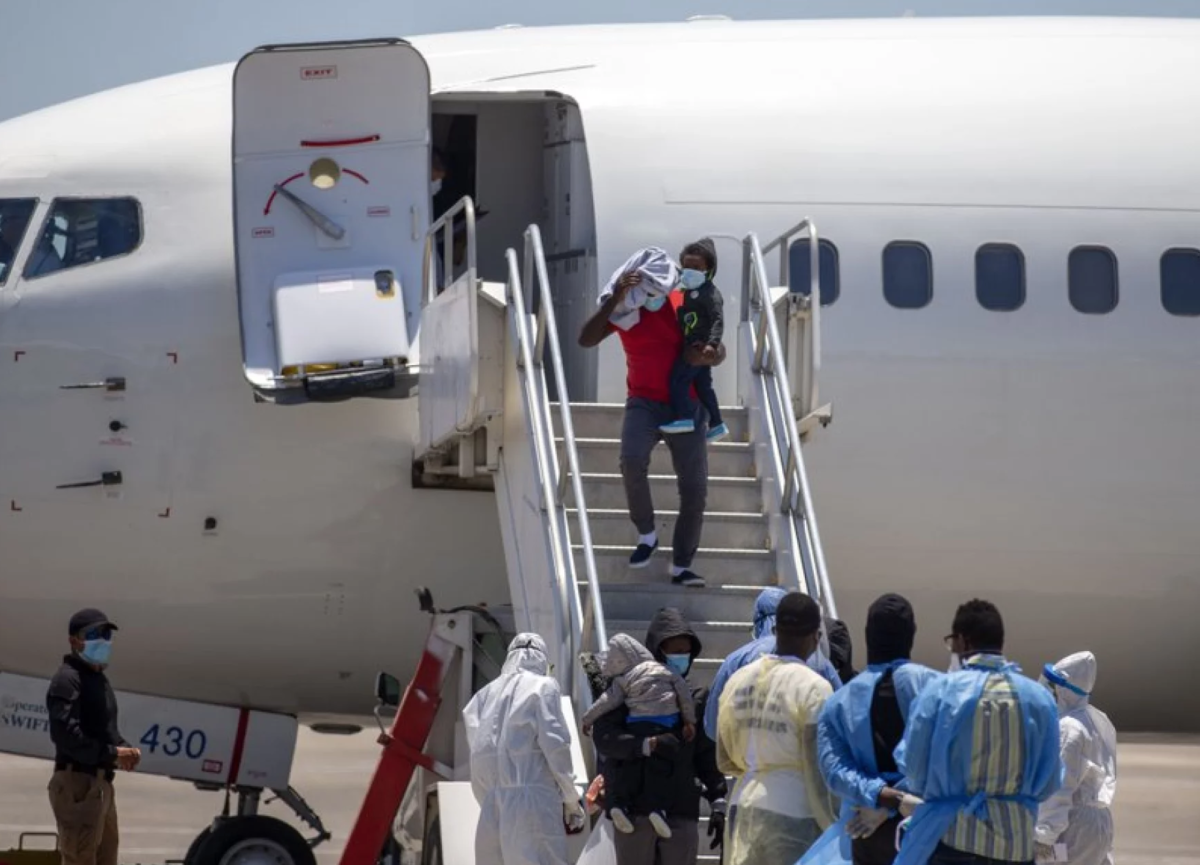 Haitian deportees arrive in Port-au-Prince from the U.S. last May

Immigrant advocates accuse President Biden of breaking a pledge by “doubling down” on Haitian deportations under a controversial health provision.

A flight was scheduled to leave Miami Friday deporting undocumented migrants to Haiti. It was the latest in a surge of Haitian deportations under the Biden Administration — and that’s prompted a critical report by a coalition of immigration advocacy groups.

Since last year, the U.S. has deported some 2,200 Haitians back to Haiti. But 60% of them were removed, not under the anti-immigration Trump Administration but under the new, supposedly more immigrant-friendly Biden Administration.

The controversy is focused around Title 42, a public health measure activated by the Trump White House ostensibly to protect U.S. border officials from exposure to COVID-19.

In its report titled “The Invisible Wall: Title 42 and Its Impact on Haitian Migrants,” the coalition led by the Haitian Bridge Alliance, the UndocuBlack Network and the Quixote Center slams Biden for what it calls “doubling down” on the Trump policy — which routinely denies migrants petition for asylum.

“Haiti is a nation in systematic collapse — extraordinary conditions exist which make it unsafe to deport anyone there,” said Steven Forester, the Miami-based immigration policy coordinator for the Institute for Justice and Democracy in Haiti.

Forester points to the country’s economic, political and especially public security meltdown, which has spawned a terrifying ransom kidnapping wave.

The Biden Administration has not explained why it’s significantly ramping up Haitian deportations. But Forester says it contradicts what President Biden told Haitians last year as a candidate.

“President Biden when he was in Miami said he would end deportations to Haiti,” Forester said. “He didn’t say, ‘There’s a technical loophole, we’ll call it something else and still deport people.’ So he’s breaking his promise to the Haitian community.

“This is just another example of Haitians getting the short end of the immigration policy stick.”