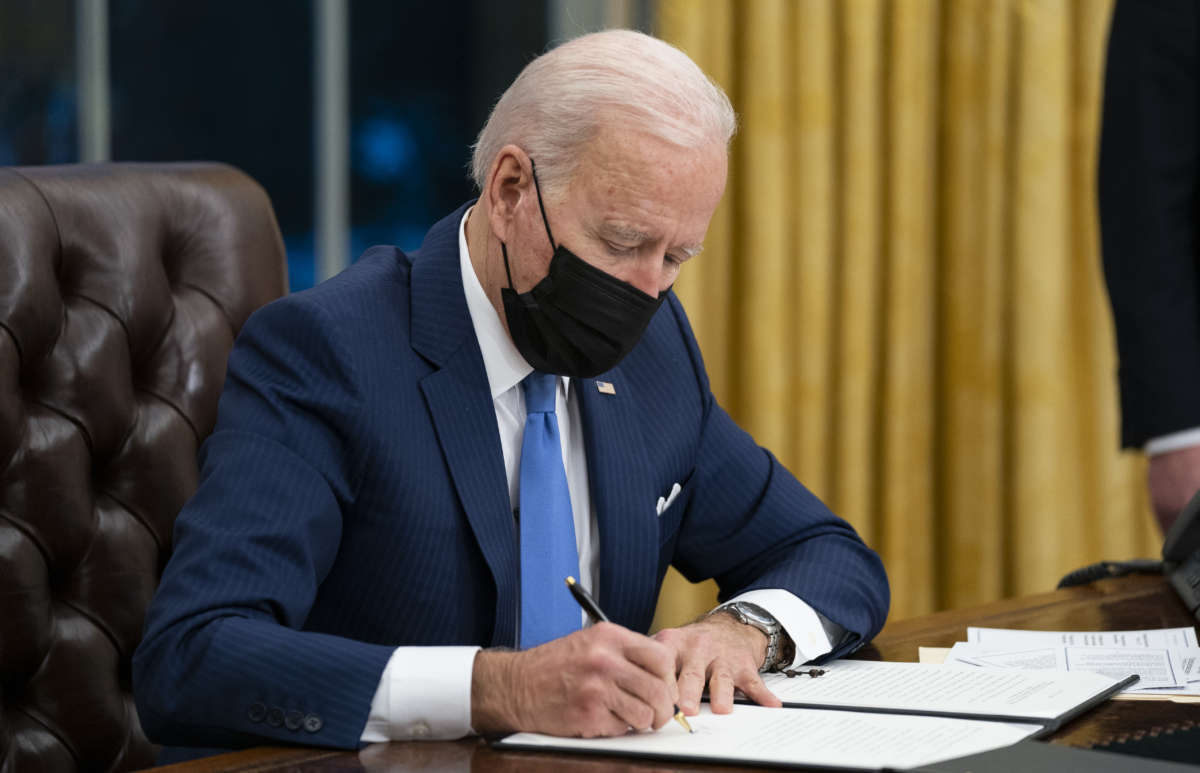 In this Feb. 2 photo President Joe Biden signs an executive order on immigration, in the Oval Office of the White House in Washington, D.C.
Image credit: Evan Vucci

The Biden administration is ordering U.S. immigration enforcement agencies to change how they talk about immigrants.

The terms “illegal alien” and “assimilation” are out — replaced by “undocumented noncitizen” and “integration.”

The new guidance is laid out in a pair of detailed memos sent by the heads of Immigration and Customs Enforcement and Customs and Border Protection on Monday, part of a broader effort by the Biden administration to roll back the previous administration’s hardline policies and build what they call a more “humane” immigration system.

“We set a tone and example for our country and partners across the world,” says Troy Miller, the top official at CBP, in his memo. “We enforce our nation’s laws while also maintaining the dignity of every individual with whom we interact. The words we use matter and will serve to further confer that dignity to those in our custody.”

The new guidance mirrors an earlier change in language at U.S Citizenship and Immigration Services, the agency in charge of legal immigration.

The word “alien” is used throughout U.S. immigration law. But the White House is seeking to replace it as part of the sweeping overhaul bill it sent to Congress.

The new guidance acknowledges that immigration authorities may still use the term when filling out required forms. But both memos emphasize that agents and officers should begin using the new terminology in internal communications and external correspondence immediately.

Under former President Donald Trump, ICE officers and agents had wide latitude to arrest anyone they encountered living in the country illegally, spreading fear and confusion in immigrant communities.

The Biden administration has placed sharp new limits on who ICE can arrest, detain and deport.

“As an essential steward of a more secure and humane immigration system, ICE will set a tone and example for our country for years,” writes Tae Johnson, the acting director of ICE in his memo announcing the new language guidance.

“The way that we choose to communicate is critical to enforcing the nation’s laws while respecting the humanity and dignity of those individuals with whom we interact.”