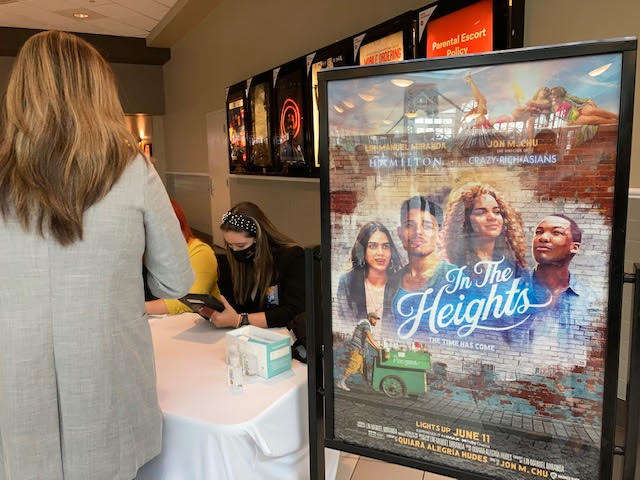 Lin-Manuel Miranda’s father, Luis Miranda, along with local and state leaders like Congressman Darren Soto, State Rep. Carlos Guillermo Smith and State Senator Victor Torres were all in attendance at the event put on by Warner Bros. Pictures, Lin-Manuel Miranda and his family and the Hispanic Federation.

The movie explores themes of DACA, DREAMers and immigration through the lens of Usnavi, a young Dominican American man, and his mostly Latinx family and neighbors.

Miranda’s father, Luis Miranda, says they chose Orlando as one of six cities to screen the movie because of the influx of immigrants and refugees to the area.

“That they continue to do what they have been doing, they have not been silent. They have been active and they have taken their issue to the highest level. We celebrate it in the movie but the struggle is real. It affects real life.”

Miranda is calling on the Biden administration to listen to the movie characters’ stories and to provide a path to citizenship for millions of undocumented people.

The movie will be released to the general public on June 11.