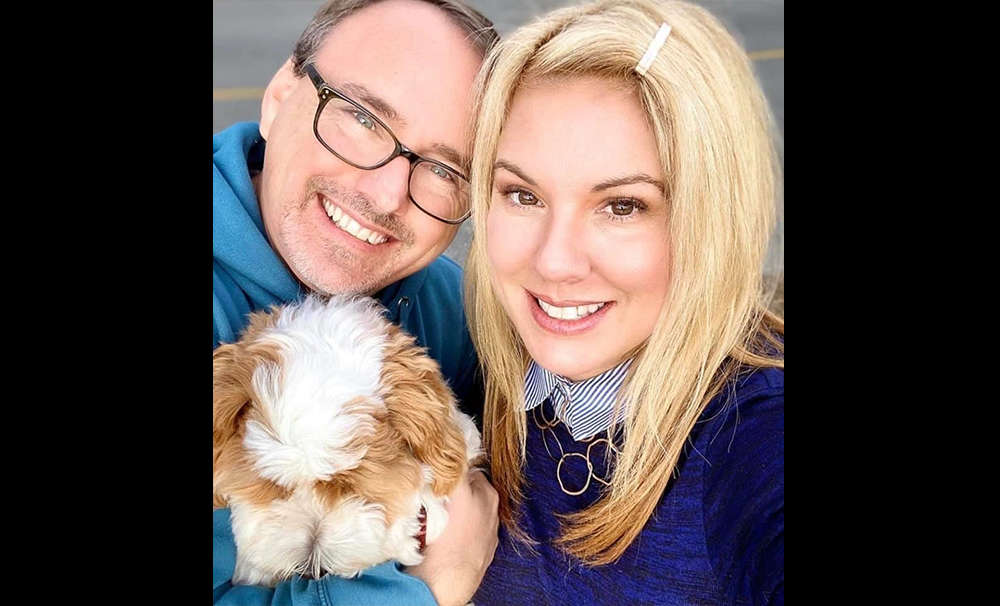 Recovered from COVID-19 and want to donate plasma? Learn more.

The Rathels and their three children. Photo courtesy of the family.

Last week, Michael Kevin Rathel was walking up the stairs and couldn’t catch his breath. Three days later, the 52-year-old Orlando lawyer was put on a ventilator. This week, he got a transfusion of what’s called convalescent plasma – a blood donation from someone who has recovered from COVID-19 and has natural antibodies.

ABORAYA: He’s been ventilated since Saturday. So to talk a little bit about you know what’s happened since then and how you guys are handling that.

STACIE RATHEL: Okay. It’s tough. I’ll be honest, it, you know, he was put in isolation and even before he went on life support, it was very lonely. My husband’s a very gregarious, social guy. It was very hard. He did tell me it was very hard for him to be away from his family, but it was very lonely in that isolation area because, and I hadn’t even realized this, it’s not like a revolving door of doctors and nurses caring for him. They were at bare minimum attention for their own safety. So he was hardly seeing anyone.

We feel helpless. We can’t go visit him. He had his phone, we could talk to him. But he was so weak that the conversations were maybe 30 seconds. He could just hardly talk. One day, he told me, he goes, ‘I’m just too weak. I can’t even brush my teeth.’ And then next thing I know, I’m getting a call from the hospital and they’re saying, ‘we feel like he’s getting worse and we need to put them on a ventilator.’

I didn’t even get a chance to talk to him before they did that. So we were very sad about that. It’s hard. You know, we have people that have come and brought us food. They leave food on our doorstep. They’ve bought us goodie baskets and little activities and signs and wonderful things. But we can’t have people come inside. And you know, it’s lonely. We feel like we’re kind of going through this. We don’t know anyone else going through it.

ABORAYA: When did they first start talking to you about doing the convalescent plasma, using the blood of someone who had recovered from this?

STACIE RATHEL: So I hadn’t even shared anything about our story. A very, very small number of people even knew we were sick. We hadn’t told anyone. I did tell a friend of mine in Texas when my husband went to the hospital and then ended up staying. She posted on Facebook. ‘Hey, everybody, this has happened to my friends. We need everyone to pray.’ Her church picked it up, posted it on Facebook.

And I was just getting this outpouring of people saying we’re praying for you. ‘Oh, my goodness, I can’t believe this is happening. Do you need anything?’ All kinds of messages like that. And my friend saw it, reposted it. And within an hour or two, our superhero donor James, saw it on Facebook, picked up the phone and called and said ‘Hey, what  are you doing right now?’ He goes, ‘I’m sorry, I really can’t talk. I’m trying to help a friend whose husband’s in the hospital from COVID. I’m looking for a needle in the haystack. We’re trying to find a plasma donor.’ And he says, ‘Well, you just found your needle.’

STACIE RATHEL: So part of the requirement is you have to actually have a negative confirmatory test. He didn’t have it. So okay, let’s solve this problem. That was in the morning, 9 a.m.

We spent the next 13 hours trying to move heaven and Earth to get him a rapid test. Everybody is searching. I mean, people are saying, ‘oh, it’s at the (Orange County) Convention Center.’ Nope. Dead end. ‘It’s at the health department.’ Nope. Dead end. ‘AdventHealth has it.’ Dead end.

One dead end after another. The whole day was like that. He was calling his congressman. I had friends calling our congressman, you would not believe you, it was almost the point of absurdity of just trying to get our hands on this test.

Then the hospital, at the 11th hour, this wonderful man, Dr. George Ralls, he called me right back and he goes, ‘How far away are you?’ I said, ‘About 10 minutes from the hospital.’

He said, ‘Okay, I got you one of the rapid tests. Send him here, send him to the emergency room, I will personally meet him and walk him through the process to make sure this gets done from start to finish.’

So and by golly, that’s exactly what happened. So we got our negative results in hand, all the other paperwork was complete, that was our only missing puzzle piece. So we were ready to go. It was ready and brought to the hospital late last night around midnight.

That’s when my husband was administered the plasma. So this morning, of course, I’m on the phone and I’m like, what’s happening? Is he cured? Is he Iron Man yet? And no, there’s no change. And it may take like two days up to two days for us to see if it’s even making a difference. But at least we feel like we, we did everything we could. We did our part.

ABORAYA: What would you say to people out there who are hearing this who are thinking I’ve gone through COVID and maybe I can be of some service?

I would say to people out there, absolutely. Our family can attest to it. Yes, you can make a difference. Even if you didn’t test positive, or even if you don’t have COVID. When you start hearing about other families who have fallen victim to it, I cannot stress this enough.

The outpouring of love and support that we have gotten from friends and family and strangers alike, has been our strength. I don’t know, I honestly don’t know what we would have done without it. It has been an encouragement to my children. It’s been an encouragement to me, because we feel very alone. We’re very trapped inside. And if you let that sit in your head long enough, that’ll do a number on you.

So when you feel like no people are pulling for me for you, they’re praying for you around the clock and around the world. That’s something to live for. That’s something to fight for. And my children, what we what our go to is, we just say we cannot wait to tell Kevin all of these stories — when he gets better and he comes home.

Recovered from COVID-19 and want to donate plasma? Learn more.