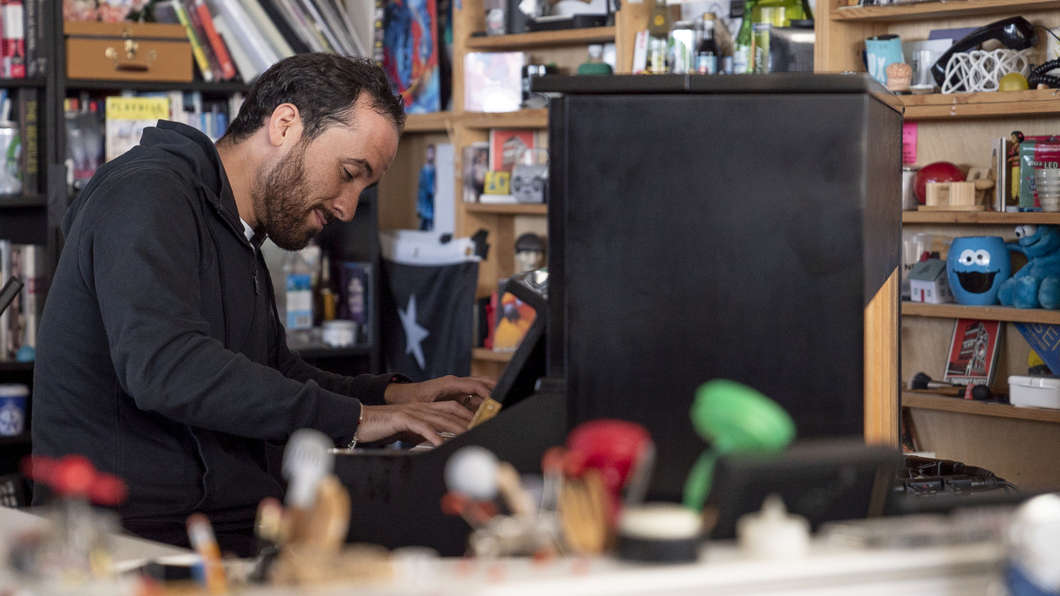 When Russian-born pianist Igor Levit dropped in to play Beethoven at the Tiny Desk, he admitted he was – even after four cups of coffee – “still in my time zone change.” A little jet-lagged, he had flown in from Berlin the night before and hopped an early train from New York to Washington, D.C.

But Levit easily slipped into his Beethoven zone – a space he knows all too well. Levit, 32, has been playing the German composer’s music for half his life. He recently released a box set of all 32 Beethoven piano sonatas and once again he’ll be performing complete cycles of the sonatas in various cities to mark the 250th anniversary of Beethoven’s birth in 2020.

Levit’s set placed the oddball, wryly-humored Andante from the neglected Tenth Sonata between two of the most famous pieces of western music: the opening movement of Beethoven’s “Moonlight” Sonata and the tender, ubiquitous, bagatelle better known as “Für Elise.”

Levit’s “Moonlight” emphasized the mesmerizing qualities in the music, with its oscillating pulse, smoldering low end and tolling bells. The second piece proved Beethoven wasn’t always the grumpy guy he’s made out to be. His sly sense of humor percolates through the set of variations in a jaunty march rhythm, punctuated with a final, ironic, thundering chord. Levit closed with the ever popular “Für Elise.” Sure, it’s a “total eye-roller,” Levit admits, but he also describes it as “one of the most beautiful treasures in the piano literature.”

Here we see three distinct sides of Beethoven – foreboding, funny and fetching – from one of his most ardent and thoughtful advocates. Now what could be better than that as an overture to the big Beethoven year ahead?