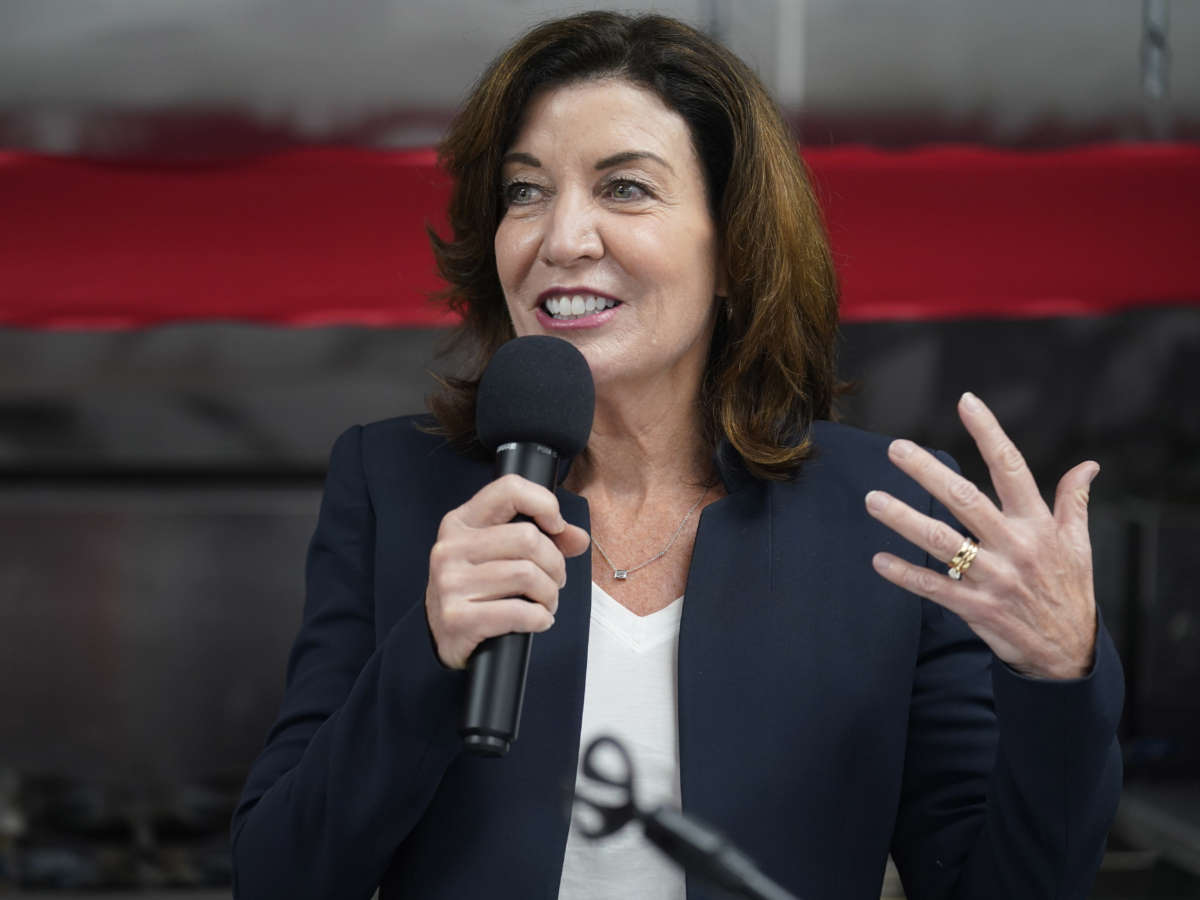 Cuomo announced he would resign one week after the state’s attorney general, Letitia James, released a scathing report finding that the three-term governor sexually harassed nearly a dozen women and created a hostile work environment.

Cuomo said the transition for Hochul to take over “must be seamless.” In his resignation announcement on Tuesday, he called her smart and competent and said, “She can come up to speed quickly.”

Hochul said she agreed with the governor’s decision to step down.

“It is the right thing to do and in the best interest of New Yorkers,” she said in a statement. “As someone who has served at all levels of government and is next in the line of succession, I am prepared to lead as New York State’s 57th Governor.”

Hochul first leaped to the national stage in 2011 when she ran in a special election for a House of Representatives seat in one of New York’s most conservative districts. She served just one term before Cuomo selected her to be his running mate. They were sworn in in 2015.

In a statement on Twitter after the report’s release last week, Hochul said she believed the women who accused Cuomo and called his behavior “repulsive” and “unlawful.” She said the New York State Assembly will determine the next steps.

She did not call on Cuomo to resign, explaining, “Because Lieutenant Governors stand next in the line of succession, it would not be appropriate to comment further on the process at this moment.”

New York Democratic lawmakers have been conducting an impeachment investigation since March, after allegations of harassment first began to surface. It is unclear in the aftermath of Cuomo’s resignation if the governor will also be impeached.

“Once we receive all relevant documents and evidence from the Attorney General, we will move expeditiously and look to conclude our impeachment investigation as quickly as possible,” Heastie said.

Impeachment of a sitting New York governor has only happened once before — William Sulzer, elected governor in 1912 and impeached in 1913 — so there is little modern-day precedent for the proceedings. According to the state’s constitution, impeachment is decided on by a majority of votes in the assembly. The New York State Assembly is controlled by a Democratic majority; 76 votes are needed to impeach the governor.