Ian leaves behind a swath of flooding before pushing offshore Thursday 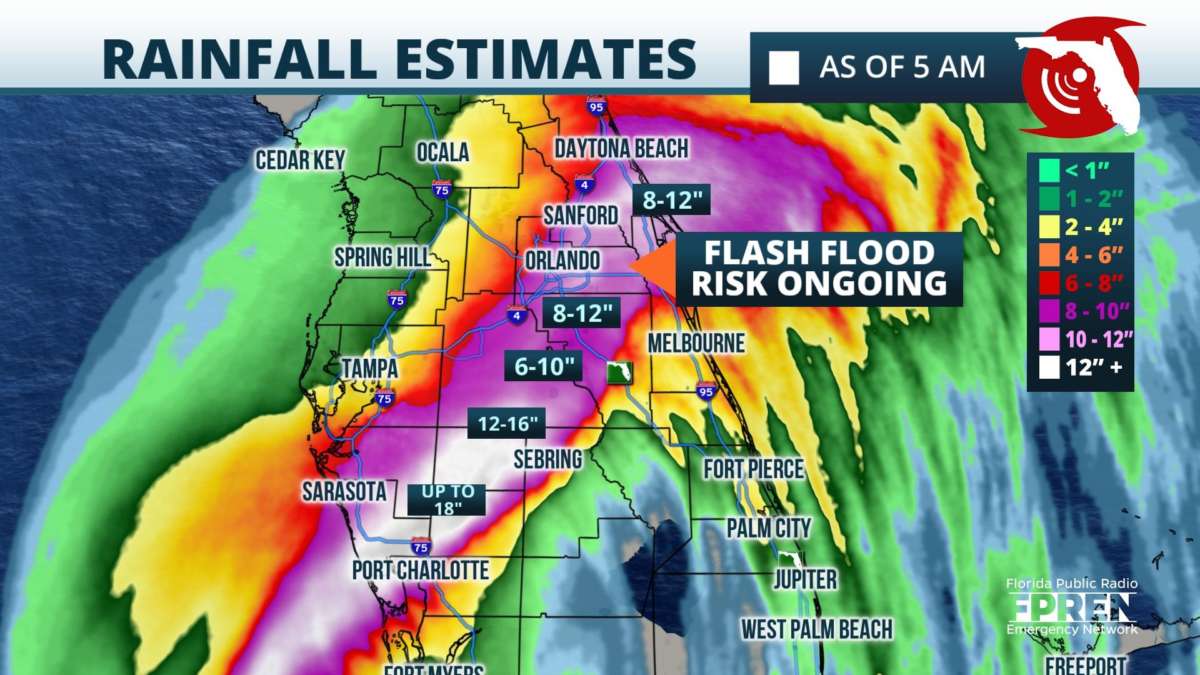 Major Hurricane Ian made landfall near Cayo Costa shortly after 3 PM Wednesday and more than twelve hours later, it is still bringing flash flooding to central Florida before an eventual exit along the east coast.

At the peak of the flooding in central Florida, there were five flash flood warnings. Flash flooding in Florida is a rare event, as soils across the state are generally well-equipped to handle heavy rainfall rates. Doppler radar estimates in these areas indicate as much as a foot of rain has fallen in these areas, with an additional 4 inches of rain possible before Ian finally pushes offshore.

Forecast models do indicate Ian will track offshore by early Thursday afternoon. While Ian is expected to push offshore by early Thursday afternoon, winds will continue to be a problem. Tropical-storm-force winds are expected to continue at times, especially across the I-4 corridor and along the First Coast through the day. Conditions should gradually improve across the state as Ian pushes offshore, with tropical storm conditions expected to fully exit the state by the end of the week.

Residents are reminded not to attempt to cross flooded roadways. The power of water, especially moving water, is more than enough to sweep vehicles off the road and people off their feet. Aside from the sheer power of moving water, a number of hazards could be in flooded streets, including storm debris.