I-4 Votes: Gun Policy, Immigration Sway Voters Along The Corridor 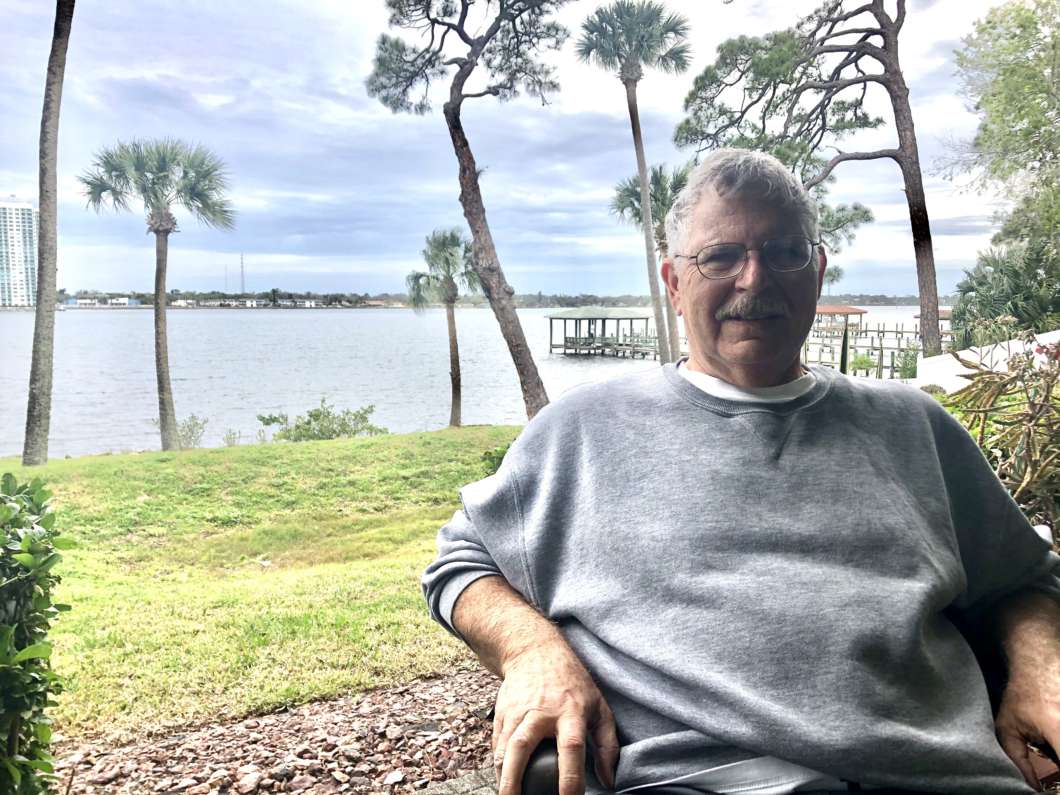 Frank DiMeglio, is a member of the NRA and worries about the Second Amendment. Photo: Abe Aboraya, WMFE

Florida’s primary election is just two weeks away and public media stations WUSF in Tampa and WMFE in Orlando are banding together to cover stories along the I-4 Corridor this election season.

The stories from the I-4 Votes collaboration are based on what residents consider the most pressing issues in the 2020 presidential election. This week, we’re taking a deep dive into a survey of people living in this region of Florida – a critical part of a key swing state.

We start with two hot-button issues: Guns, and immigration.

Frank DiMeglio is a Rhode Island transplant who lives in a Daytona Beach condo just five miles from where Interstate 4 starts at the Daytona International Speedway.

His number one national issue in the 2020 presidential election? Gun policy. He owns two handguns, is a member of the NRA, and worries about the Second Amendment.

“Why restrict me from owning a gun, a rifle, a hunting rifle, a self-protection rifle, a shooting gun, whatever,” DiMeglio said. “The Second Amendment is not what guns you own, it’s about having the right to own them.”

DiMeglio said that view puts him in a camp with conservatives and Republicans. He does support some restrictions: Background checks, for example, and closing the gun show loophole.

He was one of more than 800 voters along the I-4 corridor who responded to a survey from WMFE and WUSF. Now, a few caveats. This was not a scientific poll. The results, collected between September and December online and at public events, are skewed. Many of the people filling out the poll identified as leaning Democrat, female, older and well-educated.

In the survey, gun policy was the number one national issue, beating out things like immigration and Donald Trump. Later, we’ll be sharing results on the top economic issues in the survey: health care and the environment.

DiMeglio said he can’t see himself voting for a Democrat for president because of their stance on guns. But in a local election, the issue could sway his vote.

“On a local level, sure,” DiMeglio said. “Without a doubt.”

Gun policy was also a top issue for Michael Gunn. He lives in Lakeland, the mid-point of the I-4 Corridor, between Tampa and Orlando.

“Parkland really hit home,” Gunn said of the 2019 mass shootings at Marjory Stoneman Douglas High school in Parkland. “You know, I’ve got kids that age. I’ve got a daughter in high school.”

Michael Gunn is a father who says the mass shootings at a high school in Parkland are shaping his decisions in the 2020 presidential election. Photo: Abe Aboraya / WMFE

Gunn pauses for a moment.

“And nothing’s been done about it,” he says. “I mean, Florida did some things, which is good, but not nearly enough. And it just needs to be a nationwide movement.”

Gunn said he was a Republican. He’s former military, cares deeply about the Afghanistan war and the deficit. But in 2016, he voted for Hillary Clinton.

“Yeah, you know, it’s funny, I remember telling my wife when she started running for president, I was like, ‘Oh, god, anybody but Hillary,” Gunn said.

He said it’s possible for a Republican to get his vote back. But not in 2020 – and not for president.

“It’s possible, maybe down the road in the future, a good, moderate Republican with sensible gun control could maybe get my vote, but now, no,” Gunn said. “It’s pretty hard set it’s going to be whoever the Democrat is.”

The I-4 Votes issue survey showed for Republicans, immigration is their biggest concern.

Brandon Ryerson, a biomedical science student at the University of South Florida, said immigration is one of the issues that will help him decide who to support in the 2020 presidential election.
Credit: Steve Newborn / WUSF Public Media

That includes Brandon Ryerson, 22, a biomedical science student at the University of South Florida. The Brooksville resident said conservatives like him are sometimes considered persona non grata at universities. So free speech, gun rights and immigration top his list of issues he’s thinking about when voting.

Ryerson said that of all the candidates, President Donald Trump most closely reaches his stance on immigration. He credits the president for stopping the migrant caravans from Central America.

But he’s with Trump on this only so far.

“I think that his immigration policies maybe do go too far,” he said. “The wall, for example – I’m not a huge fan on that. I don’t think it’s going to decrease illegal immigration that much and I don’t really think it’s a good use of our money.”

While he doesn’t believe in open borders, Ryerson said he would favor increasing legal immigration for people with skills the country needs.

“I don’t want to say merit-based, because there’s a lot of negative connotations around it, but something like that wouldn’t be bad,” he said. “We obviously want to be taking in good people – even people who don’t have the best education, we still need those people. At the same time, we don’t really want to be taking in criminals.”

Ryerson said he likes the idea of increasing the number of visas.

In 2016, Ryerson backed Libertarian candidate Gary Johnson, and then became a big Trump supporter. Since then, he’s “cooled” on the President.

“I would say out of all of them right now, I would probably say that Trump is the closest, but you know, I would also have to do more research,” Ryerson said. “I don’t mind, like, Joe Biden even has some great ideas on immigration and stuff like that.”