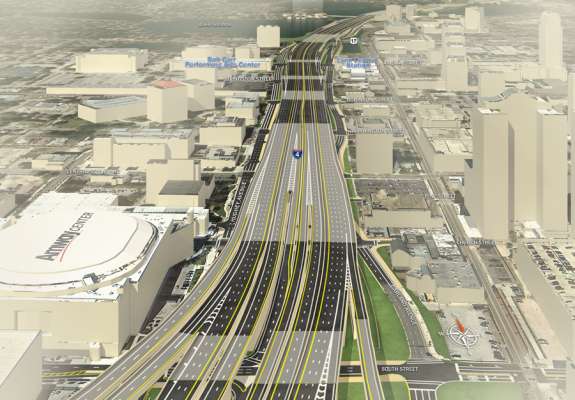 Renderings of the I-4 improvements through downtown Orlando. Source: I-4 Ultimate

Three of Orlando’s major roadways will see nighttime closures over the next few weeks as part of the I-4 Ultimate construction project.

Bridge work is beginning under some of I-4’s most congested areas.

Kaley Street, Amelia Street, and Fairbanks Avenue will be closed or partially closed from 10:00pm to 6:00am for the next four to six weeks.

I-4 Ultimate project officials say the closures will mostly be restricted to weeknights, but drivers should be prepared for the possibility that work may stretch into the weekends if needed.

Officials suggest Michigan Street as an alternate to Kaley Street, and they say Lee Road is your best choice instead of Fairbanks Avenue. If you normally travel Amelia Street at night, you’ll be detoured to either Livingston Street or Colonial Drive.