I-4 Mayors Say Gillum Has Their Support 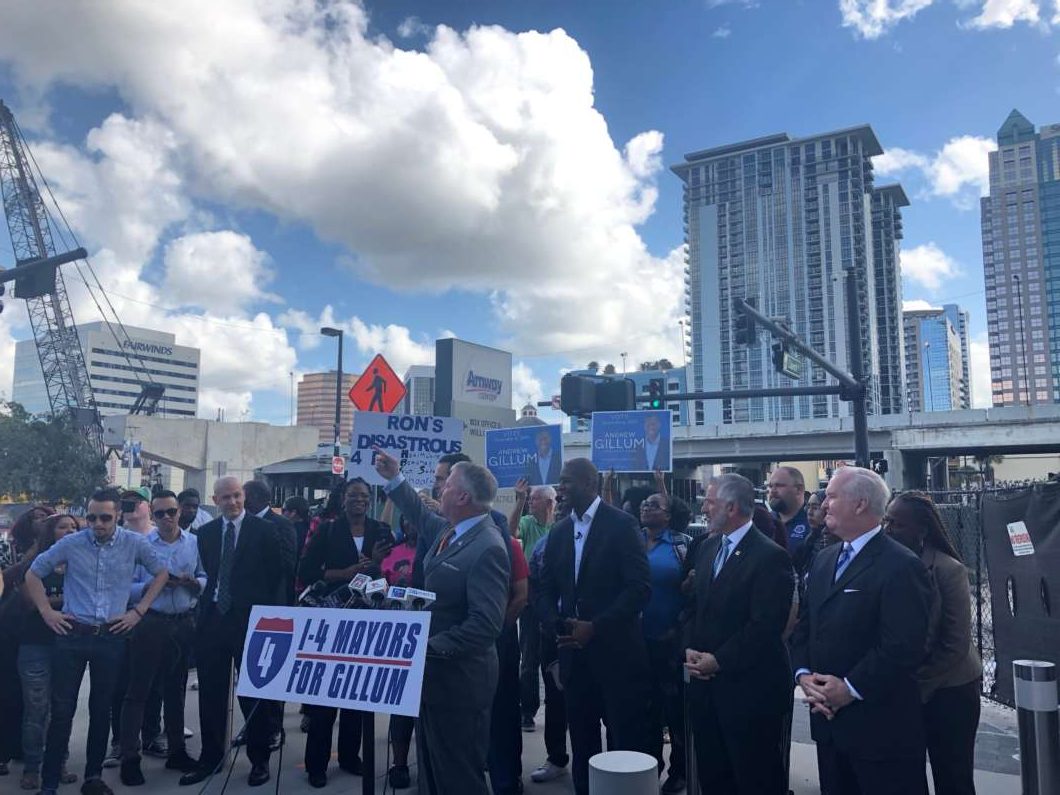 The I-4 corridor mayors took to the podium as  an Interstate 4 construction scene in downtown Orlando loomed over them.

While the setting seemed to suggest the theme for their support centered around a unified message about the state’s transportation systems, Tampa Mayor Bob Buckhorn pivoted to one of Gillum’s more fleshed out platform points: education.  “Andrew’s investment in our teachers in our schools in the infrastructure is economic issue. It means better prepared students to fill better quality jobs that mayors are trying to create,” said Buckhorn, explaining his why Gillum garnered his support.

Mayor Buddy Dyer’s support was earned by the similarity in name titles between him and the Tallahassee mayor, “to have a governor who respects local governance and making our community stronger is so important to us,” said Dyer. Gillum served as a city commissioner and mayor.

As Gillum shifted the conversation to address the construction along I-4 in the background, he referred to Governor Rick Scott’s rejection of federal money back in 2011 for a high-speed train. “It would’ve been in the best interest of our state to build high-speed rail across this corridor,” argued Gillum. Scott argued back then that the $2.4 billion assistance would affect taxpayers down the line. The decision drew critics from both sides of the aisle.

Two months after Scott announced his Senate campaign this year, he allowed bids for a rail between Tampa and Orlando from the private sector.

In a section of Florida critical to winning state elections, Gillum did not state whether he supported a rail paid for by tax dollars or from private businesses.