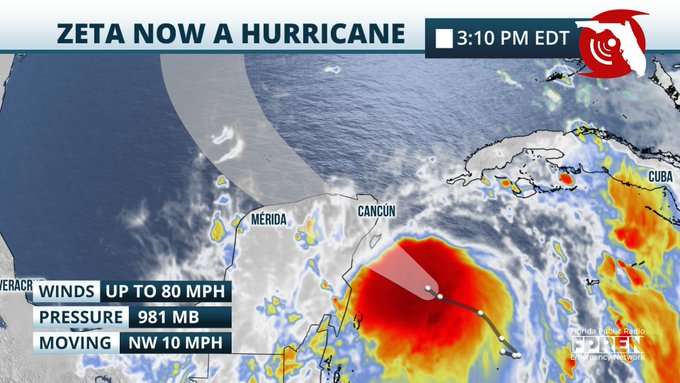 Meteorologist Dr. Athena Masson says Zeta is poised to enter the Gulf of Mexico Tuesday, before becoming yet another threat to the Gulf Coast.

“Zeta is expected to impact the northern Gulf coast sometime Wednesday afternoon becoming the eleventh cyclone of the season to impact the United States. Zeta is forecast to be at or near hurricane strength when it approaches the Gulf coast, and there is an increasing risk of dangerous storm surge, heavy rain, and wind from Louisiana to the Florida Panhandle.”

Storm surge, flooding, and isolated tornadoes are also possible over the Panhandle Wednesday and into Wednesday night before the system moves into the Mid-Atlantic states on Thursday.