Hurricane Watch Issued For Carolinas Ahead Of Category 4 Florence 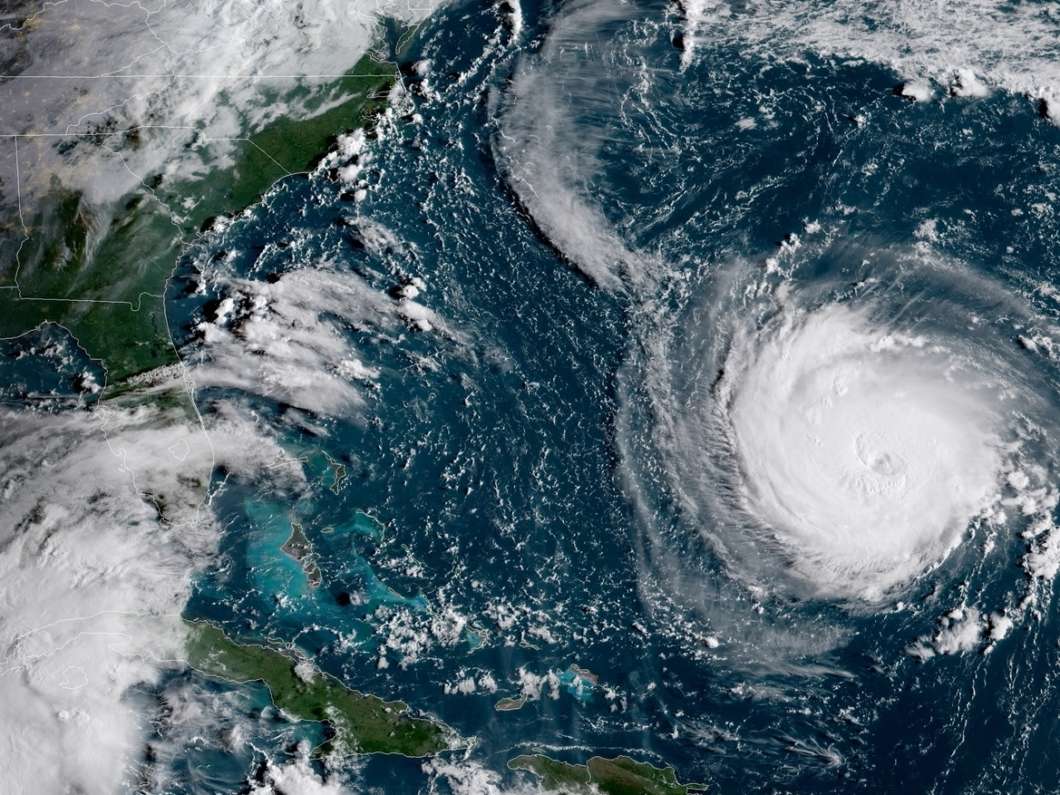 A satellite image shows Hurricane Florence bearing toward the coast of North Carolina. The storm is predicted to make landfall as a major hurricane late this week.

Hurricane Florence “is expected to be an extremely dangerous major hurricane through Thursday night” – and the Category 4 storm has now triggered a hurricane watch for all of North Carolina and part of South Carolina, the National Hurricane Center says.

Florence is packing maximum sustained winds of 130 mph, with higher gusts, the hurricane center said in its 8 a.m. ET update. At the time, the imposing storm was 405 miles south of Bermuda.

Florence is expected to hit the Carolinas and Virginia late Thursday or early Friday. It’s currently predicted to make landfall somewhere north of Wilmington, before its center heads inland toward Raleigh and Durham. As of 8 a.m. ET, the hurricane was moving west-northwest at 15 mph, with maximum sustained winds of 130 mph.

The storm will pick up additional strength as it passes over ocean water with sea surface temperatures of up to 85 degrees, the National Hurricane Center said.

The large and powerful hurricane has prompted evacuation orders in North and South Carolina and Virginia, as officials urge residents in coastal and low-lying areas to prepare for strong winds, a deep storm surge, and a deluge of rainfall that could last more than 24 hours.

Florence will bring a perilous risk of flooding to a broad area, and its wind and rains will also bring downed trees and other destruction to areas in its path, the hurricane center said.

“All the rainfall we’re going to have, plus you talk about the wind — that means a lot of trees coming down, it’s a lot of power outages, a lot of impacts with this system,” NHC director Ken Graham said on Tuesday.

The hurricane watch notice is significant because it signals the opening of a 48-hour window for the expected first arrival of tropical-storm-force winds. After that point, it would be difficult for people in the storm’s path to either finish preparations or flee affected areas.

On Tuesday morning, data from an Air Force Reserve hurricane hunter aircraft found that Florence’s sustained winds had weakened somewhat from the 140-mph speeds reported earlier. But the storm is expected to restrengthen over the next day or so.

A hurricane watch is now in effect for hundreds of miles of the U.S. East Coast, from Edisto Beach in South Carolina up north to the North Carolina-Virginia border. Tropical storm conditions could hit those areas by Thursday morning, forecasters say.

If it makes landfall as predicted, Florence could become the northern-most Category 4 hurricane to hit the U.S. since records were first kept in 1851. It’s expected to strike far above the point where Hurricane Hazel arrived close to the South Carolina/North Carolina border in October 1954.

In addition to strong winds, Florence brings the threat of a devastating storm surge – as high as 6-12 feet in the area from Cape Fear, N.C., to Cape Lookout, N.C.

“Prolonged and exceptionally heavy” rains will also inundate parts of the coast and inland areas, the National Hurricane Center said:

“Florence is expected to produce total rainfall accumulations of 15 to 20 inches with isolated maxima to 30 inches near Florence’s track over portions of North Carolina, Virginia, and northern South Carolina through Saturday. This rainfall may produce life-threatening flash flooding.”

Florence is expected to stall over North Carolina and slowly make its way across the state and into southwestern Virginia. The hurricane center predicts a “heavy rainfall event, which may extend inland over the Carolinas and Mid-Atlantic for hundreds of miles.”

Overnight, Florence went through an “eyewall replacement cycle,” Senior Hurricane Specialist Stacy Stewart said in an update from the hurricane center on Tuesday.

“That’s good news and bad news,” he said. “It’s weakened, but unfortunately the eye has expanded out to a diameter now of about 30-35 nautical miles.”

Stewart added, “We’re going to have a fairly stable, powerful hurricane with the potential for some additional slow strengthening over about the next 24 hours.”