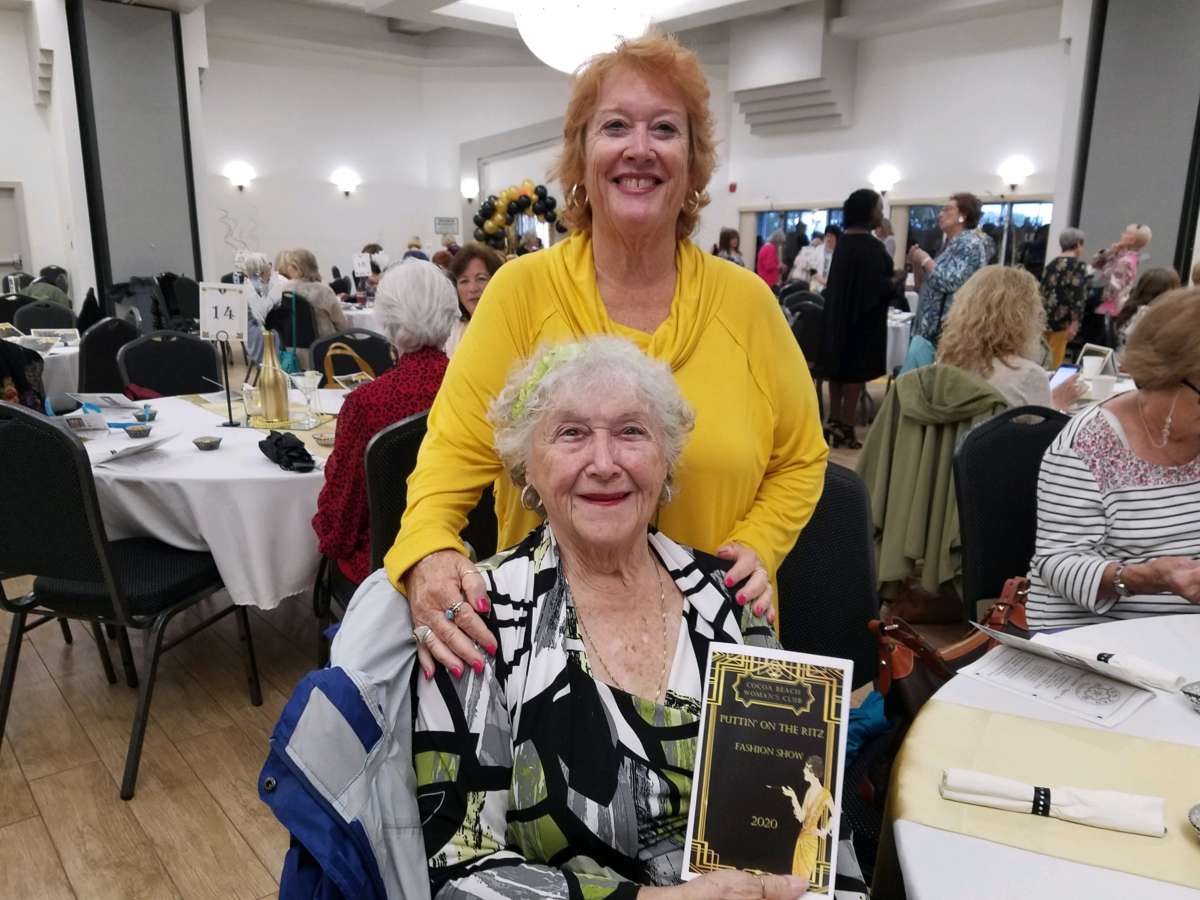 In Florida, officials fear widespread confusion when stay-at-home policies conflict with evacuation orders, and they worry about coronavirus spreading in crowded shelters.

ORLANDO, Florida — Robin Rokobauer doesn’t like to chance it. When there’s a hurricane, she almost always evacuates.

Rokobauer lives in Cocoa Beach, on a barrier island between the Atlantic Ocean and 153-mile-long Indian River Lagoon. Her mother is 93.

But this year Rokobauer is thinking hard about her hurricane plan. She is 65, and like her mother, she’s considered at higher risk of serious complications from the coronavirus, which has claimed more than 100,000 American lives.

“If I have to go any farther or if I have to go somewhere, then you’re going to be exposed to more people in more environments, and you don’t know where those people have been,” she said.

The 2020 Atlantic hurricane season starts today, and federal scientists expect storms to be more frequent and powerful. Two named storms already formed in the Atlantic this spring before the official start of the season.  As Florida and other coastal states plan for hurricanes, they are confronting troubling new public safety calculations because of the novel coronavirus.

There’s now a chance for one disaster to layer upon another.  Many lives could be lost: first, from powerful winds, storm surges and flooding, and then through the spread of the coronavirus in cramped public shelters following mass evacuations. Evacuees might pass the virus to friends and relatives who take them in, or get infected themselves in those new surroundings.

“The risks are significant,” said David Abramson, a professor at New York University’s College of Global Public Health, whose research examines the health consequences of hurricanes. “A lot of hurricane events lead to evacuations and displacements” without much time to build in social distancing safeguards, he said.

The hardest problem in planning for a hurricane during a pandemic could be public confusion over whether to evacuate or stay at home, said Craig Fugate, former administrator of the Federal Emergency Management Agency under President Obama.

“What I don’t want to have is people to say, ‘Hey, wait a minute. I’m not going to evacuate. I don’t want to get Covid-19, I’ve been told to stay home,’” said Fugate, who also led the Florida Division of Emergency Management. “That may result in more people staying behind and increasing the risk of loss of life.”

Others may stay put just because they are among the tens of millions nationally who have lost their jobs and feel they cannot afford to flee to hotels or family inland. As a result, some emergency managers along the Gulf Coast are trying to line up more shelters for the greater number of evacuees they expect, a move certain to stretch local and state budgets already tattered by the economic downturn.

Coastal states from Maine to Texas have been scrambling to revise hurricane emergency plans to take the pandemic into account.

They’re rethinking everything from evacuation routes and shelters to stockpiling personal protective equipment and communicating new procedures, said North Carolina meteorologist Katie Webster. She coordinates monthly calls with emergency managers through the National Emergency Management Association and is director of the natural hazards branch of the North Carolina Department of Public Safety.

Emergency managers in coastal states have been checking to see if companies they once relied on to supply everything from buses to food and water are still in business, or if alternative arrangements need to be made, she said.

“States will be as ready as they can be,” Webster said.

Florida, with its 8,436 miles of Atlantic and Gulf of Mexico coastline, has been hit hard in recent years. Since 2016, four major hurricanes have menaced the state, including Hurricane Michael, a Category 5 storm that tore through the Panhandle two years ago.

This season, every major forecasting organization is predicting above-average activity, due to a warm Atlantic Ocean and favorable atmospheric conditions. National Oceanic and Atmospheric Administration scientists, for example, have predicted 13 to 19 named storms, including six to 10 hurricanes and three to six major hurricanes, with wind speeds of 111 miles per hour or more. A normal season would have 12 named storms with six hurricanes, three of which would be major storms.

Meanwhile, as of May 29, the University of Washington’s Institute for Health Metrics and Evaluation was projecting more than 100 new coronavirus infections a day in Florida by Aug.1, right as the hurricane season reaches its height.

At a May briefing in Sarasota, Florida Gov. Ron DeSantis noted that the coronavirus spreads most easily when people come into close contact in an enclosed space.

“As you’re looking at sheltering for a hurricane you gotta keep that in mind,” he said. “I mean if you pile people into a place, under normal circumstances that would be fine. But that would potentially allow the virus to spread if somebody is in fact infected.”

For its part, FEMA has updated its hurricane guide to include material on staying safe in the pandemic, including social distancing, wearing cloth face coverings and following recommended cleaning practices.

Armed with hand sanitizer and masks, Trudie Marzig said she and her husband in Rockledge, Florida, about 50 miles southeast of Orlando, will be ready to evacuate if necessary.

“You have to take care of the immediate danger first, which is the weather issue,” she said. “You can deal with the virus pandemic afterward.”

Nightmare scenario: evacuations in a pandemic

Even without a pandemic, mass evacuations can be logistical nightmares, clogging freeways, causing traffic accidents, and depleting gas stations of fuel. For each storm, officials weigh the pros and cons of evacuation, and this year, they are adding the pandemic to their concerns, said Bryan Koon, a vice president at IEM, an emergency management and security consulting firm, and Florida’s emergency management director under Gov. Rick Scott.

Authorities in hurricane-prone states are rethinking not only when and where to call for evacuations, but how to execute them. In doing so, Koon said, officials have to contend with the vagaries of weather forecasting.

Meteorologists are getting better at forecasting the path hurricanes take toward land and the deadly storm surges they produce, he said. But there’s enough uncertainty to sometimes prompt officials to “over evacuate” as a precaution, said Koon, whose tenure in state government coincided with Hurricane Irma.

To curb the risk of spreading the coronavirus, officials could be more judicious with evacuations, he said, looking closely at factors like flood and storm surge zones and the age and condition of homes.

“We will have to determine whether it is better to have somebody stay in place because they will be dry enough, or their homes are strong enough, or maybe they are in mobile homes or a storm surge zone and the risks are worse for staying in place so you send them somewhere else,” Koon said.

The DeSantis administration is considering stay-at-home orders where homes are newer and sturdier, especially for weaker hurricanes.

And rather than using buses, community leaders are considering rideshare services like Uber to transport low-income evacuees, one car at a time.

The stakes are especially high this year for low-income people, who would continue facing disproportionate risks from the coronavirus during a hurricane, said Abramson, the NYU professor. People get injured and sick during hurricanes but might lack adequate health insurance, he said.

Nursing home residents also face unusually high risks this season. Many low-lying facilities have evacuation agreements with facilities on higher ground, but Kristen Knapp of the Florida Health Care Association says this year, nursing homes will have to re-examine these arrangements.

Sheltering large numbers of hurricane evacuees, which is always complicated by size, location and special circumstances, will be even more difficult amid the pandemic.

After Hurricane Irma, for example, some 350,000 evacuees were in shelters, often packed into school gymnasiums or other large venues. That wouldn’t make sense this year during a threatening hurricane, officials said.

Leaders are contemplating sheltering evacuees in hotels and motels left vacant by the economic collapse.

The American Red Cross is already lining up hotels or dormitories, and a higher number of large spaces so evacuees can be spread out. There will be health screening and temperature checks to get into shelters, said Trevor Riggen, a Red Cross senior vice president.

People with temperatures or other virus risk factors will be accomodated in a separate location, with access to medical help, he said.

Food will be served in boxes instead of cafeteria-style, and the Red Cross has already stockpiled face coverings and disinfectants for shelter cleaning, he said.

“We want people to know it will be as safe as possible,” he said.

While the emergency managers are getting ready for the six-month hurricane season, individuals and families need to do their part, this year more than ever, said Jennifer Collins, a geosciences professor at the University of South Florida whose research includes human behavior during hurricane evacuations.

“We definitely can lean on the government to some extent but we have to take personal responsibility as well,” she said. People should make sure they have what they need to shelter in place, for a hurricane and a pandemic, she added.

Robin Rokobauer of Cocoa Beach considered staying put this year. But she believes she will have to evacuate in order to best protect her mother. She feels fortunate that Brevard County has had a relatively small number of coronavirus cases at some 400, including 12 deaths. Already, she is checking with hotels, looking for those with a kitchenette so that she can prepare meals in the room.

“I hope that we don’t have any” hurricanes, Rokobauer said. “I mean, we’ve been through a lot this year.”