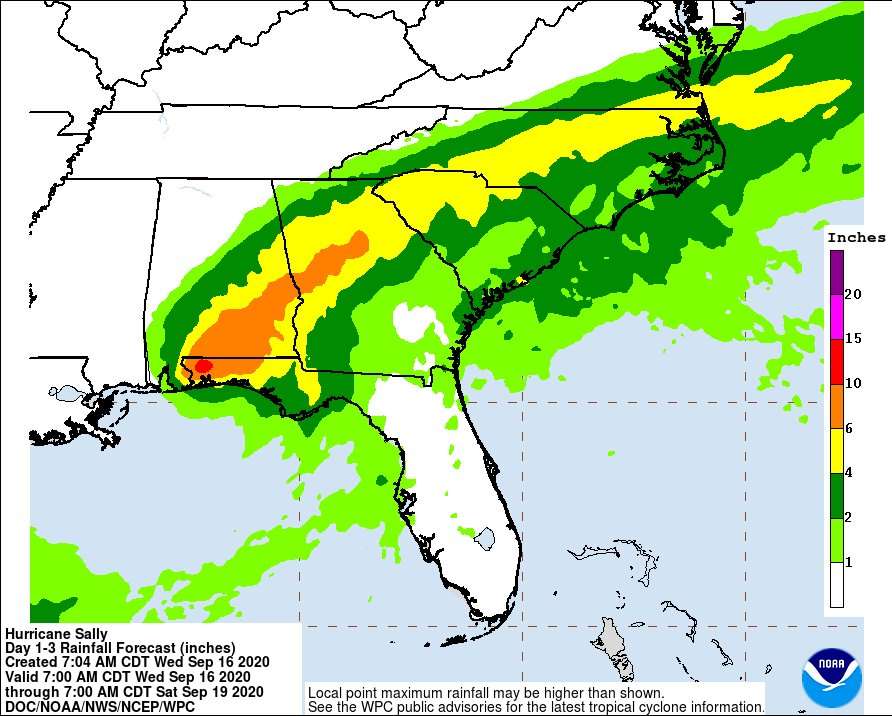 Hurricane Sally made landfall early this morning at about 4:45 am Central Time in Gulf Shores, Alabama as a category 2 storm with 105 mph maximum sustained winds. The storm continues to move slowly — at about 5 mph — and catastrophic flash flooding is underway in the western Florida Panhandle.

Meteorologist Ray Hawthorne has been following the storm.

“The first reports of 30 inches of rain are coming in from the west side of Pensacola, where Flash Flood Emergencies are in effect. There are places that may receive another 10 inches before the storm pulls away later Thursday. Isolated tornadoes have been occurring and are likely to continue this afternoon as far east as the Tallahassee area.”

As of the latest Hurricane Center update, Sally’s winds have dropped to 85 mph and the hurricane is expected to be downgraded to a tropical storm later this afternoon or tonight.

Forecasters say that life-threatening flash flooding will spread east into Georgia and the Carolinas on Thursday before the storm finally departs into the Atlantic on Friday.