Michael Forecast To Become A Major Hurricane Before Landfall 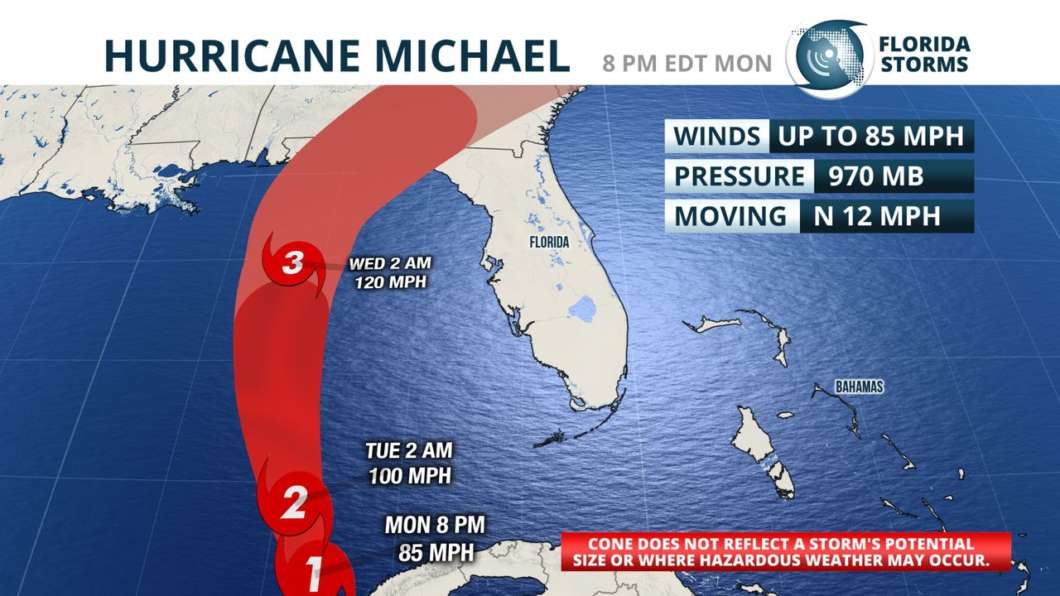 Hurricane Michael is forecast to become a major hurricane before making landfall Wednesday in the Florida Panhandle.

Even though the center of the storm is likely to stay far to our west, Meteorologist Jeff Huffman said there will be some unsettled weather here beginning tomorrow.

“There is a coastal flooding concern , largely due to ocean swells and a persistent onshore flow coinciding with the King Tide,” said Huffman.

“Rain bands from Michael will begin overspreading the region Tuesday afternoon, lasting off and on through Wednesday. Some of that rain could be heavy at times, winds could gust up to 40 mph, and there’s a risk of tornadoes.”

Huffman said rainfall amounts from Michael will generally be in the 2 to 4 inch range, but locally higher amounts are possible in locations where the rain bands may persist or even stall. Hurricane Michael is forecast to clear the area by late Thursday.