Hurricane Irma Cost Florida 127K Jobs, But Most Will Return 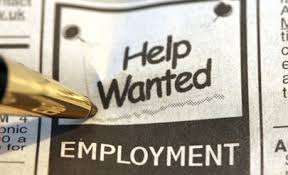 The Labor Department says Florida lost 127,000 jobs last month, mostly in hotels, restaurants and retail stores, after Hurricane Irma flooded much of the state. Most of those job losses will prove temporary, and hiring should bounce back in the coming months.

The state data provide a more complete picture of how Hurricanes Harvey and Irma affected the U.S. job market. Outside of Texas and Florida, companies added jobs, but likely at a slower pace than the average gain this year.

Puerto Rico and the U.S. Virgin Islands were unable to collect job data last month because of the devastation from Hurricanes Irma and Maria.