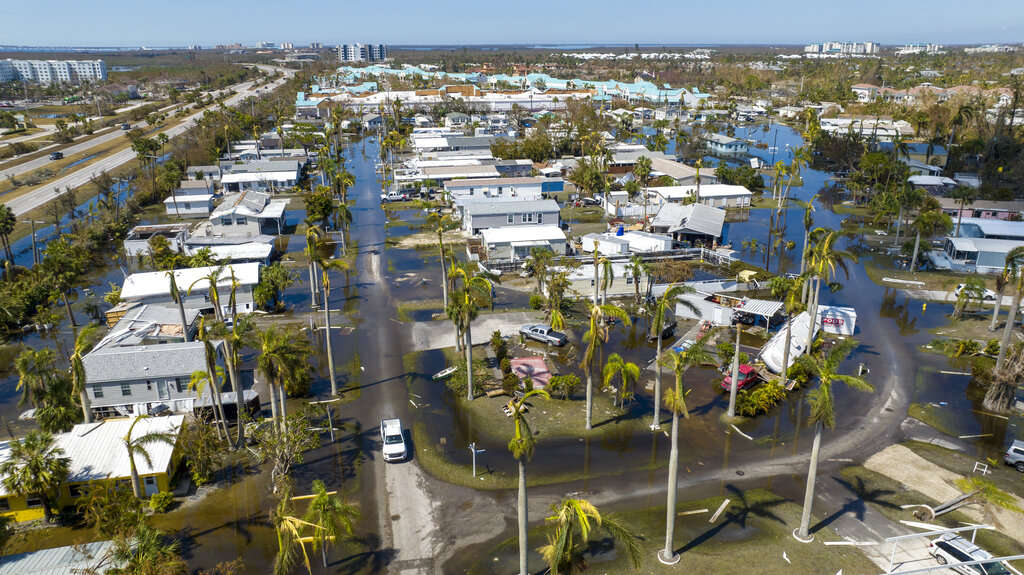 This article was updated Sunday evening to include new information from the Medical Examiners Commission.

The death toll from Hurricane Ian has risen to at least 58 in Florida, according to the state’s Medical Examiners Commission.

That official tally of storm-related deaths, which is based on autopsies, is expected to climb higher. Massive search and rescue efforts continue in Southwest Florida.

The confirmed fatalities include five deaths in Volusia County and one in Lake County.

Forty-two of the victims died in Lee County, the southwestern Florida county that is home to some of the storm’s hardest-hit areas, including Fort Myers Beach and Sanibel Island. Most of those killed in the storm died from drowning, the board said.

In addition to the Florida casualties, North Carolina Gov. Roy Cooper said Saturday that four people had died in connection with the storm in his state, bringing the total known death toll to 48. But some media organizations are reporting higher numbers.

The storm wiped out bridges and knocked out power in much of coastal southwest Florida. The causeway bridge to Sanibel Island was damaged so badly that it can no longer be safely used. Speaking Sunday on ABC News’s “This Week,” Florida Senator Marco Rubio said it would take a “couple of years, at least” to rebuild the bridge. “There’s just no way to continue life there,” he said.

Officials are hopeful that more people may still be rescued alive in Florida. A dozen search and rescue teams are operating in Lee County, while a handful of others are working elsewhere in Florida, a state official said Sunday.

“While we certainly hope that we can continue to find more people alive and bring them out, we’re going to support the state in their needs as we continue to go house by house and make sure everybody is accounted for,” said Deanne Criswell, the head of the Federal Emergency Management Agency, in a CNN interview Sunday.