Hurricane Hunters: why they take to the skies 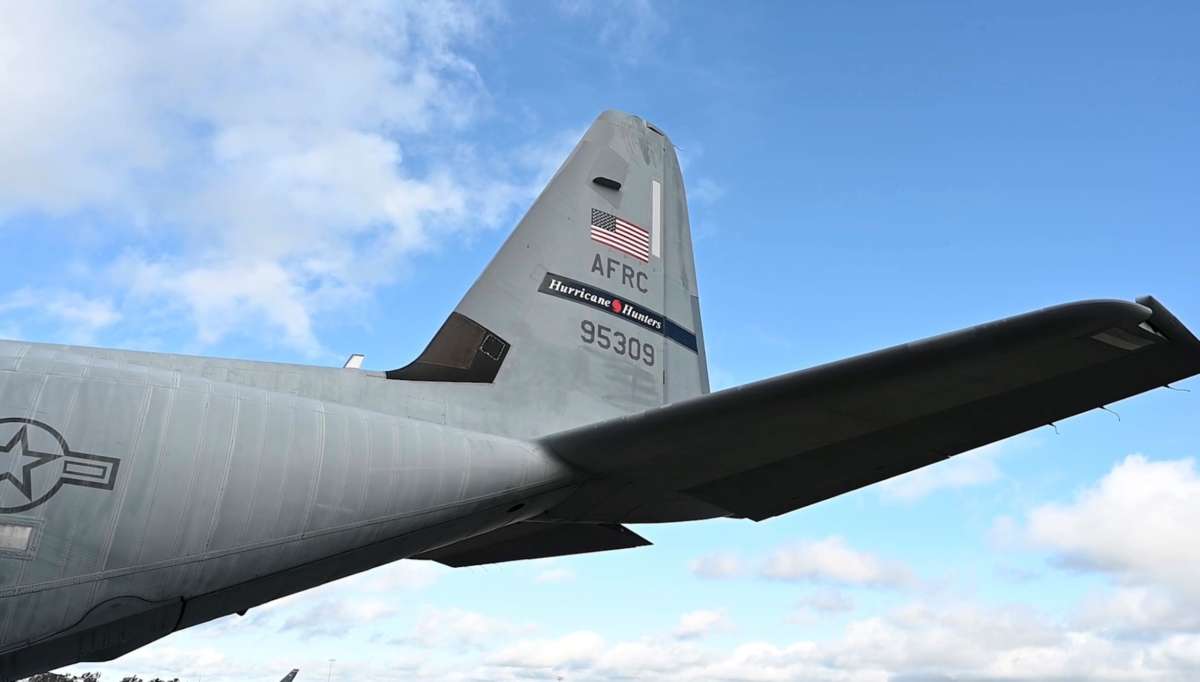 The United Stated Air Force accomplishes hundreds of flying missions across the world every day. But one flight has a purpose like no other.

“Flying through hurricanes is a major adjustment for most any flier. People are trained to avoid the weather, and we’re here deliberately making multiple passes through the largest weather systems on earth,” said Flight Navigator Lt. Col. Mark Withee of the 53rd Weather Reconnaissance Squadron.

“People say ‘you guys must be crazy flying through hurricanes.’ There is a certain element of risk, but we also have well-developed techniques and procedures to do what we do safely. And we have a track record of doing this safely,” Withee said.

Hurricane Hunters – Why – FPREN from WUFT Media on Vimeo.

“It’s not as bad as you think. Before I ever flew into a storm, I would think ‘is this really safe?’ but now that I’ve done it, it’s perfectly safe,” Pereda said.

Nonetheless, Hurricane Hunters are flying through extreme conditions. Staying aware of their significant contribution to public safety is a helpful distraction said Withee.

“You do have a sense of the importance of what you’re doing, particularly as a major storm approaches landfall because you know it’s going to be impacting potentially millions of people’s lives.”

“I have family that lives in South Carolina right along the coast, and obviously living here on the Gulf Coast that’s something that impacts everyone in the local area. So, we are accomplishing the mission but at the same time, our families and friends are here potentially having to deal with a storm we are flying through.”

Becoming a Hurricane Hunter while in the Air Force is not a simple task, but there is more than one way get on board.

“We have a full spectrum of people whether they be in the weather field, pilots, navigators, loadmasters,” Withee said, “They come in and this is their first experience with the Air Force. There are folks that have joined the Air Force Reserve in some other capacity eventually found their way here, to folks coming in from active duty.”

For Pereda, growing up in Florida sparked her interest in becoming a meteorologist. But a passion to serve pushed her to this specific challenge.

“As a Hurricane Hunter, I’ve seen how we’re directly impacting potentially millions of people with the data we collect,” said Pereda, “We fly out of some pretty cool places and some of my best friends are my co-workers. For me, it’s just knowing how many people this is affecting.”

For Withee, the rewards outweigh the risks.

“I’ve been in the military for 18 ½ years and there’s a lot of things I’ve done that had a purpose behind it. In this particular mission, we see the results of that when we get back. The data we gather is integrated into the forecast models and then those are updated.”

“In cases such as Ian, we can see how the data we gather feeds into how the public is warned, then people taking those steps to protecting their lives and property. It’s nice to have a mission where we can see the immediate results and know that it’s benefitting people out there in the general population,” Withee said.

Withee is emphatic that these missions are voluntary, and that he loves to do them.

“I don’t know why everyone wouldn’t want to do it. This is one of the most gratifying missions in the Air Force. I encourage anyone who thinks they’re interested to look into it. It is very satisfying to see the results of what we do.”

This is the third and final installment of a three-part series this week covering the Hurricane Hunters of the Air Force Reserve. Read Part 1 here and Part 2 here.

Hurricane Hunters: how they protect Florida and others around the world

Hurricane Hunters: Data’s journey from the sky back to Earth